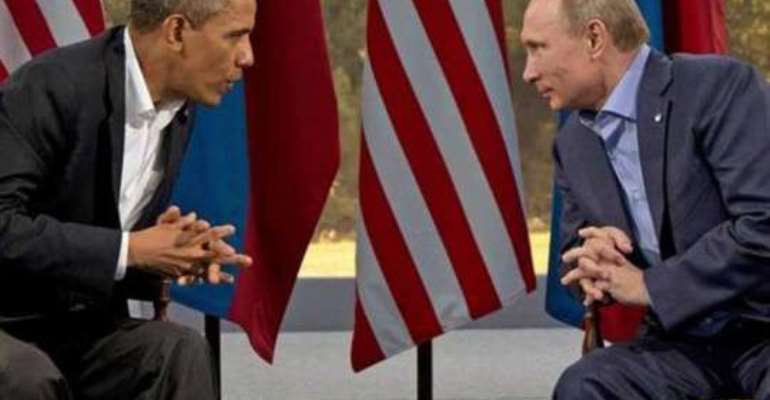 HANGZHOU, China, Sept. 6 - (UPI/GNA) - Speaking in China amid the G20 summit in China, President Barack Obama said a lack of trust between the United States and Russia as a hindrance to an agreement between the two countries to establish peace in Syria.

Obama met with Russian President Vladimir Putin for about 90 minutes Monday, largely discussing the possibility of a truce in Syria.

"Given the gaps of trust that exist, that's a tough negotiation, and we haven't yet closed the gaps in a way where we think it would actually work," Obama said during a news conference after the meeting.

Obama described the talk with Putin as "candid, blunt and businesslike."

He said talks between U.S. Secretary of State John Kerry and Russian Foreign Minister Sergey Lavrov on a Syrian truce and provision of humanitarian aid could take "several more days." Negotiations between Kerry and Lavrov, aimed at a plan to increase military cooperation between the United States and Russia so that terrorists in Syria are better targeted and civilian casualties are reduced, have not yet succeeded.

A senior U.S. official said of the meeting between Obama and Putin, "It was constructive. It's clear now what our respective positions are, and we'll see in coming days whether on Syria we can reach a near-term agreement. If we cannot get the type of agreement we want, we will walk away from that effort."