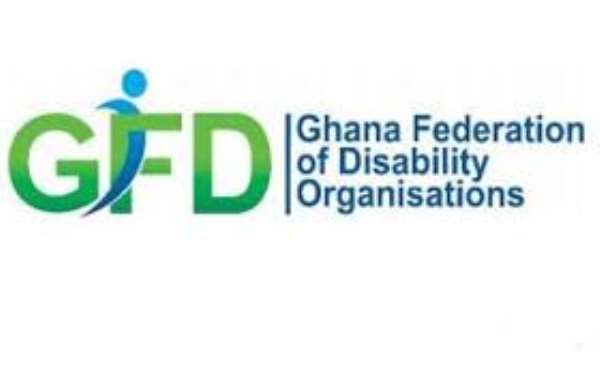 By Albert Futukpor, GNA
Tamale, Sept 06, GNA - The Ghana Federation of Disability Organisations (GFD) has called for the elevation of the National Council for Persons with Disability to an Authority to make it autonomous to undertake its operations.

Mr Joshua Makubu, Elections Coordinator of GFD, who made the call, said this would assure the institution of its own budgetary allocation to undertake programmes to better the lot of Persons with Disabilities (PwD).

Mr Makubu was making a presentation at an orientation forum in Tamale on the Guidelines for Promoting Inclusion in Elections 2016.

The forum was attended by representatives of PwD drawn from Northern, Upper East and Upper West Regions including key state institutions such as the security services, Electoral Commission and the media.

The GFD, with support from STAR-Ghana, developed the guidelines to advocate inclusion and effective participation of PwD in the 2016 general election.

Mr Makubu said the Council currently depended on the Ministry of Gender, Children and Social Protection (MoGCSP) for support to run its activities, a situation which had crippled its effectiveness as it did not get the adequate support in terms of funding from MoGCSP.

He, therefore, called on political parties to make commitment to elevate the Council to the status of an Authority to address the needs of PwD in the country.

He also called on political parties to clearly state their plans regarding the welfare of PwD in terms of employment, and implementation of the Disability Act.

Alhaji Abudl Razak Saani, Northern Regional Director of the National Commission for Civic Education (NCCE) lauded the efforts of GFD to ensure inclusive elections saying NCCE would encourage political parties to include issues of PwD in their programmes.

Mr Benjamin Bano-Bioh, Deputy Northern Regional Director of the Electoral said the Commission had an established policy guideline to ensure inclusive elections adding ballots papers would be designed such that PwD could vote in secret.

PwD, who took part in the programme, urged the Electoral Commission to ensure that polling stations were accessible to them to enable them to cast their votes.