School Proprietor hauled to court over fake will 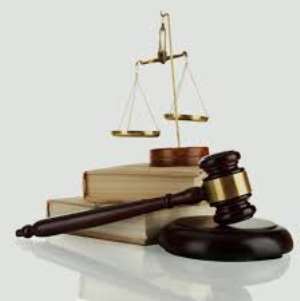 Accra Sept. 6, GNA - A School proprietor, Nii Boye Abdalla, who is accused of forging his late father's Will has been hauled to court.

Abdalla has, however, pleaded not guilty to forgery of other documents and uttering forged documents.

He said to have forged the will of his father who died intestate in the year 2014.

The court presided over by Mrs Malike Wornyah Dey admitted Abdalla to bail in the sum of GH È¼ 5,000.00 with one to reappear on September 19.

A few months after the death of their father, prosecution said Abdalla announced to them that their late father made a Will before his death.

Chief Inspector Agbemehia said the complainant's however suspected foul play as their father before his death told them that he had no will and will not prepare one because that was not in line with Islam.

A report was made to Documentation and Visa Fraud Section of the Ghana Police Service and the accused arrested.

During interrogation, prosecution said accused state that it was one lawyer Yoyowa who prepared and deposited the Will at the High Court.

The documents were forwarded to the Forensic laboratory and its report indicated that the deceased could not have signed the supposed Will.

Lawyer Yoyowa also said he could not tell who signed the will since the will was brought to him by the accused signed and sealed with the stamp one Daniel Akoto, now deceased and he (lawyer Yoyowa) deposited at the High Court.