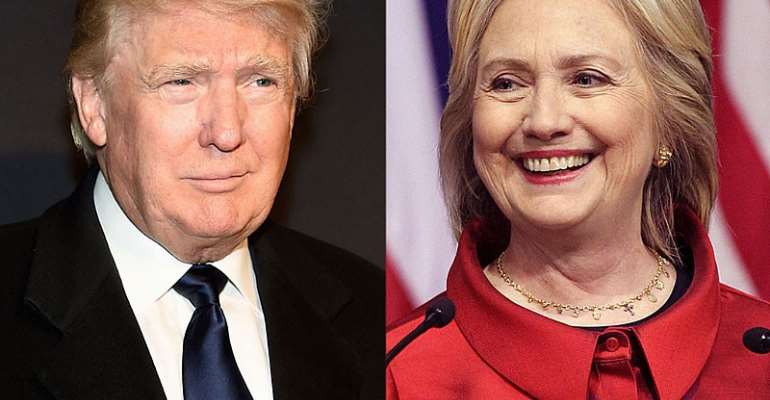 Not being a Christian I have a slightly different perspective on the social and political forest, a view of the forest that is perhaps not so obscured by the trees. America has nominated two presidential candidates from a mainline, rather than nondenominational, Protestant faith tradition. One way to interpret this is that America is attempting to decide whether it wishes to define itself, culturally if not theologically, as more in line with Presbyterian or Methodist world views.

It is of some interest that America chose representatives of two of the smaller mainline Protestant denominations. Presbyterians claim 5,844,000 members, Methodists 5,473,000. By comparison, Baptists represent 38,662,000, Pentecostalists 13,673,000, and Lutherans 7,860,000 souls. That said per Wikipedia , “Theologically conservative critics accuse the mainline churches of ‘the substitution of leftist social action for Christian evangelizing, and the disappearance of biblical theology,’ and maintain that 'All the Mainline churches have become essentially the same church: their histories, their theologies, and even much of their practice lost to a uniform vision of social progress.’”

Gjelton gets Clinton somewhat better than Trump. On Clinton:

His encapsulation of Trump, while on point, appears somewhat wobblier:

[Rev. Norman Vincent] Peale, who died in 1993, rarely talked about salvation. His message was more practical than theological. It echoes today in what’s known as the Prosperity Gospel, practiced by megachurch televangelists who favor spectacle and say God chooses to reward some people with material wealth.

This is not quite right. The “ Prosperity Gospel ” is more of a deviation from, than a representation of, Presbyterianism. As noted in, again, Wikipedia, “ Prominent evangelical leaders, such as Rick Warren, Ben Witherington III, and Jerry Falwell, have harshly criticized the movement, sometimes denouncing it as heretical.” Trump presents as more orthodox than suggested by Gjelton.

The Presbyterian world view is, in part, stated by René Fülöp-Miller in Leaders, Dreamers and Rebels :

Thanks to the Calvinist doctrine of predestination, it came to pass that more especially in puritan hands wealth was regarded as a sign of ‘election,’ whereas poverty and afflictions were marks of ‘reprobation.’ Though Calvin himself had declared it to be an insoluble enigma, which persons God had predestined for damnation and which were to be numbered among the elect, true believers in the Gospel according to Geneva soon began to feel an irresistible desire for ‘certidudo salutis.’ Now, what other mark of God’s grace could be plainer than the blessings showered on the elect here below?

Trump personifies in a cultural, more than theological, way “the blessings showered on the elect.” Achievement of success is a fundamental American core value. That said, Calvinism is not Hobbesian. While Trump lacks introspection and orthodox Calvinist humility he clearly embodies some of its native compassion. This is clearly reflected in his stand for the little guy and his protectiveness of the social safety net. In his own words, as reported by the Christian Broadcasting Network:

Trump is a species of fundamentalist American (although not fundamentalist Christian). Whether one supports him or opposes him, he really is, in many respects, admirable.

Clinton, far more introspective than Trump, spoke of her Methodist world view in a rare (and striking) public confession of Faith recently reported by the New York Times:

I am a Methodist. … My study of the Bible, my many conversations with people of faith, has led me to believe the most important commandment is to love the Lord with all your might and to love your neighbor as yourself, and that is what I think we are commanded by Christ to do, and there is so much more in the Bible about taking care of the poor, visiting the prisoners, taking in the stranger, creating opportunities for others to be lifted up, to find faith themselves that I think there are many different ways of exercising your faith.

This is entirely consistent with Hillary Clinton’s persona and public record. Religious News Service scores her as “Social Gospel Methodist to the core.” She predominantly offers a counsel of compassion yet her commitment to also create more opportunities for success for the have-nots surely is to be considered authentic. Whether one supports or, like me, opposes her, Hillary Clinton is in many respects admirable.

While appreciating her laudable compassion my opposition to Hillary Clinton derives from my belief that a certain road to a certain notorious destination really is paved with good intentions. I ran her inspiring nomination acceptance speech through my Secret Political Decoder Ring.

It interpreted what Clinton said as “I shall tax the American lemon until the pips squeak.” This is a recipe for continued economic stagnation and protracted misery. I myself believe that leaning toward growth, at this moment, is the better path to national and world happiness.

We soon shall find out which of the two perspectives the majority of American voters wish to emphasize in the next phase of our maturation as a nation. The American Dream requires both the achievement of success and social justice. Both Trump and Clinton bring important values to the fore of the national discourse.

Let's give thanks that they both stood for office.

Let's take pride that we nominated them.
God bless America.
Originating at Forbes.com