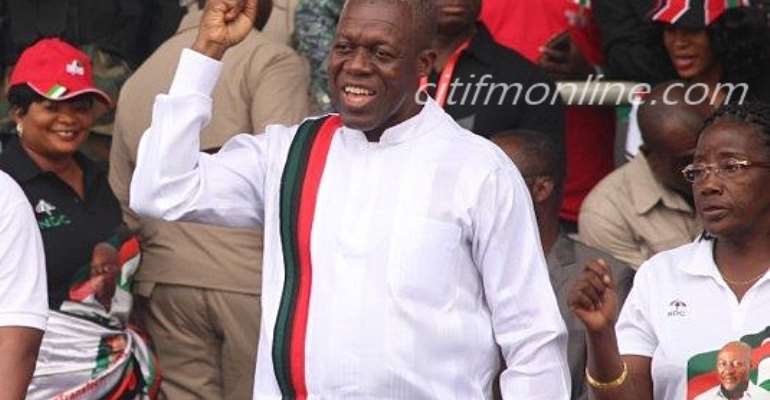 The running mate of the National Democratic Congress (NDC), Vice President Kwesi Amissah-Arthur, has begun a five-day campaign tour of the Northern and Upper East Regions in Mole.

He is expected to meet with the Gonja Traditional Council, party executives and parliamentary candidates of the NDC whilst in the Northern Region.

The Vice President will later take his campaign tour to the Upper East Region where he will call on chiefs, party executives and parliamentary candidates, among others.

Vice President Amissah-Arthur espoused his confidence in President Mahama saying “in President John Mahama, we have a leader who is working in the interest of our generation and future generations.”

The NDC flagbearer, President John Mahama, has already toured the Western and Northern Regions and is currently in the Central Region to continue his campaign for re-election.

He is expected to among other things, inaugurate some completed school projects and pay courtesy calls on some chiefs in the area.

His tour of the region has already seen him inaugurate the Abodoman Community Day Senior High School in the Agona West Constituency as he reiterated the NDC’s commitment to improving education in the region and Ghana.

Ameen Sangari Factory will be revived Under 1D1F — Akufo-Add...
26 minutes ago