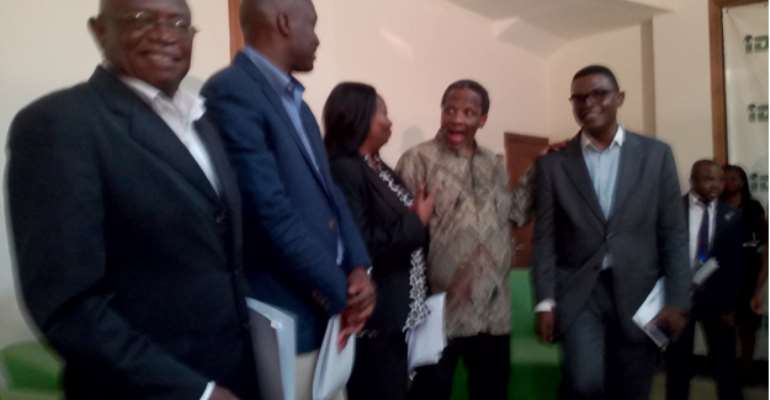 THE INSTITUTE of Democratic Governance (IDEG) has called for reforms of the country's decentralization system to promote an effective multiparty-based local government.

Speaking at a public forum organized by IDEG under the theme: “Strengthening Democratic Development through Multi-Party Based Local Government; South Africa, Kenya and Ghana in Focus,” Executive Director of IDEG, Dr. Emmanuel Akwetey, said there was the need for the state to reform its local government system.

According to him, local government reform is crucial to strengthening Ghana's democracy.

He claimed there was a growing convergence on the need to transform the country's local governance system by the various political parties; but said they all lack the know-how to bring about the transformation.

He contended that there could not be any “real” democracy when multi-party elections were not organized at the district level.

In his opinion, allowing political parties to participate in the elections at the district level would help bring about representation of opposition parties in the executive arm of government.

Ghana's constitution does not allow for the participation of political parties in district level elections.

The constitution also empowers the president to make about 30 percent appointments at the district level – something IDEG believes needs to be reconsidered.

Senior Research Fellow, IDEG, Kwesi Jonah, in a presentation, explained that in its current form, Ghana's decentralization system is grossly ineffective for the multi-party system of governance.

According to him, the reform should allow for political parties to participate in district level elections as well as make way for district chief executives (DCEs) to be elected by the people rather than being appointed by the president.

Giving a brief account of Kenya's experience, Public Policy Analyst and Social Accountability Advisor at World Vision, Donald Mogeni, said had it not been the 2007 electoral dispute in the East African nation, it would have been hard to achieve devolution.

According to him, the devolution in Kenya had been highly divisive.

He said the issue of political participation is considered very important in the South African context.