How Sensibly Does the Council of State Counsel President Mahama? 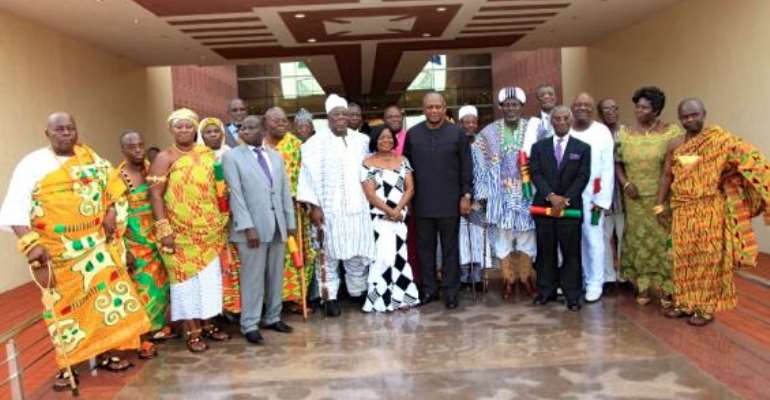 To start with, how is the membership of the Council of State selected? Who are the current members? When and how often do they sit to counsel the President, if they do it at all? On what issues do they advise the President?

One may say why do you bother us with these questions which are already answered in the 1992 Ghana Constitution? Yes, some of the answers are found in the Constitution but I need confirmation from you, the public readers.

Does the Council of State wait to be approached by the President before they advise him on certain issues on which he may seek their opinion or they go to him with advice on certain things that they feel the President must be given correct directions?

Is the Council of State any credible organisation at all? Does it seek the long term collective interests of Ghanaians or they are there to help only the President even if he is doing wrong?

The last time I checked, the Council of State had advised President Mahama to remit the prison sentence of the notorious Montie 3 (Messrs Salifu Maase, alias Mugabe, Alistair Nelson and Ako Gunn) to one month. They had agreed that four months prison sentence meted out to the would-be murderers mentioned above was too harsh hence the obligatory need for the President to exercise his prerogative of mercy under the 1992 Constitutional Article 72 to free the contemnors scheming against some Supreme Court judges.

Should I query the Council of State about if ever they had advised President Mahama to stop the insults and threats always employed on air by Mugabe and his panellists with intent to cow some chiefs, opposition parties’ leaders and members of the public?

Has the Council of State ever advised President Mahama to cease his corruption, practice of selective justice, nepotism and how badly he is managing the affairs and resources of Ghana or they see nothing wrong about the obvious shortcomings of the President because they are all “same same” as someone may jokingly say? Are they also as corrupt as President Mahama because they are all NDC or share the same selfish and myopic views?

Did the Council of State find it appropriate the refusal by the Attorney General to prosecute the Montie 3 when they threatened on air to kill some Supreme Court judges and, or marry by force (rape of course) the Chief Justice, Mrs Theodora Georgina Wood?

It is on record that some High Court and Magistrate Court judges with some court officials inclusive, accepted bribes in the form of goats, sheep, cats, plantain, yams and or money to twist justice in favour of the highest bidders who might normally have been the guilty party. Some of these people who suffered injustices by the abuse of power by these corrupt and shamefully unprofessional judges are lingering in prisons sentenced to various terms of years of imprisonment. Has the Council of State suggested to, let alone, advised, the President, to release them from prison by way of granting them presidential pardon or remitting their sentences?

When you compare this group of prisoners just mentioned above to the notorious NDC fanatics plotting to kill innocent Supreme Court Justices – the Montie trio, which one deserves presidential pardon or remission?

This is Ghana for you where everything runs upside down to acceptable or recognized international standards and normality; the usual “Ghana dee saa” practice or nonsense.

To be honest with you, I have lost respect for the so-called Mahama’s Council of State, that “like father like son” organization. As it is in all facades of President Mahama’s life, so the Council of State is, I should think. Can it be any different or better? No!!! If so, then shame on them.

Should I be seen as being highly critical of some institutions and persons in Ghana, then it is all because of my belief in what was once said by Emperor Haile Selassie of Ethiopia and my avid interest in seeing it contrarily materialised in my life for the benefit of my entire Ghanaian compatriots. He said, “Throughout history, it has been the inaction of those who could have acted; the indifference of those who should have known better; the silence of the voice of justice when it mattered most; that has made it possible for evil to triumph”

I shall act at the right time but not to be like those seen to be castigated by the Emperor.