The futility of ideology in a polity of underdevelopment & handouts [Article] 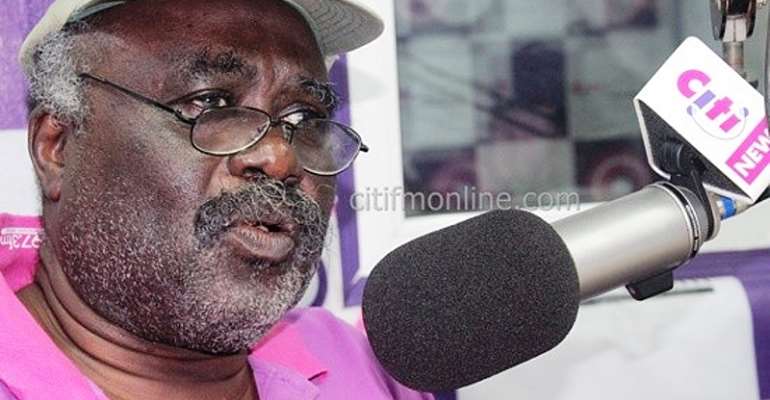 Ghana's political parties are currently engaged in a childish game of “Hide & Seek” about the release of them manifestoes for Election 2016, which is just over 90 days away in the meantime, hey are crisscrossing the country making all kinds of promises to the voters. What is remarkable to note is that none of the numerous promises and achievements being made are centred in the avowed political ideologies of any of the parties. The NDC claims that its ideology is rooted in social democracy, whilst the NPP touts its ideology to be rooted in liberal democracy.   Alas, the reality on the ground id that they are all making the same promises which is more rooted in competition on a vigorous competition on the quantum and weight of believability.

A few months ago, I was interview by Paul Adom Otchere on 'Good Evening Ghana”; in which I confirmed that I did not share in the NPP's stated ideology of “a property-owning democracy” in the Ghanaian context. The ever mischievous left my house salivating “Tarzan is a socialist”, and it was no surprise it made headlines even though the word socialism was never used.  I do not retreat from my view of the NPP philosophy, for the simple reason that it is completely inappropriate for any political party seeking to govern Ghana must to eschew high falluting ideology and not focus on taking the bulk of our people out of the misery of under-development and neo-colonialist dependency.

In a little under twelve months, Ghana will hold its seventh general election under the 4th Republican Constitution.  All of the folks who will present themselves as fit to be given our mandates will do so on the basis of what they have done to deliver on our basic needs or how much better a choice of the alternative will deliver so much better on those same needs

The battleground for the two main protagonists, the NDC and the NPP, will not be about political ideologies, be it Social Democracy or Capitalism. It will and must always be about exercising the powers of government to improve the people's welfare. Alas, and with absolute shame, the welfare of the people has not been lifted from the abyss of basic needs despite nearly 60 years of managing our own affairs

The NPP will fight the election largely on the record of President Kufuor's tenure in office. It will tort out the NHIS, School Feeding Programme, Capitation Grant, Free health care for pregnant mothers , LEAP, and a slew of social intervention initiatives more associated with a socialist/ communist  political ideology that is losing its shine in Moscow and Beijing

In turn, the NDC will try to persuade the people that its tenure in office has been festooned with major improvements in both the reach and quality of the very same social intervention initiatives. NHIS numbers up, LEAP reaches many more beneficiaries; Capitation grants increased, etc.  In other words, we have done better in providing socialist/communist, goodies for the people.

Both the NPP and NDC will tell Ghanaians that they will deliver best on the constitutionally mandated “progressively free education”; though each will provide its own slant on how best to deliver it. Unfortunately, the debate will not rise to the philosophical or ideological level of what each side means by 'free'. All that matters is to persuade us that free means maximum freebie of goods and services that only improve the welfare of the governors.

Last but not least, the battle for our votes will be about who has fixed rather than managed Dumsor. Who is providing more potable water? Who is keeping our cities and environment from the filthy and choked drainages? In other words, which party will be better trusted to move Ghana beyond the basic needs that we are still grappling with.

When we are done with choosing who should govern us, they will simply turn round and tell us that they are waiting for our “Development Partners” to bring the handouts that will be needed to fund all those social goodies promised to us by the governors.  So all our vote is worth is simply to choose who will be better at managing Ghana's share of the crumbs from our former colonial masters and their multi-lateral buddies.

Under the foregoing circumstances, it is incomprehensible for any political party seeking our mandate to beat its chest about being property- owning or social democratic or socialist or capitalist as the basis for seeking power in a Ghana where the majority of the population are struggling to survive the three score and ten life tenure.  Indeed, it would be suicidal and a sure recipe for electoral defeat.

The concept of “property-owning democracy” has its roots in the arcane and luckily now jettisoned notion that prevailed in early US history that only white males who owned property had the right to exercise a vote to choose political rulers. In more recent times, leaders like Margaret Thatcher have sought to resurrect it as a counter ideology for putting wealth into the hands of individual as a counter-weight to state ownership

Voting in Ghana, as in all modern democracies, is now based on universal adult suffrage, one person, and one vote in plain language. The value and weight of each vote cast is not influenced by education, wealth, property-ownership, ethnicity etc.   That means that 'brofoyeduro' Tarzan has the same single vote as my 'akpeteshie-soaked' watchman Alhaji and the same as my rural farmer cousin Rambo.

The incontrovertible fact is that the overwhelming majority of voters in Ghana are looking for government to deal with their basic physiological needs at the base of the so called hierarchy of needs espoused by Maslow.   They will therefore cast their vote on the basis of their perception of which political choice will best provide those physiological needs.

The voters  may hope that their children and children's children may someday climb up the four other ladders to reach the top of the pyramid and attain their self-actualization state; at which time we can afford the luxury of engaging the merits or otherwise of political ideologies.  Sadly, that day is very far away into the late 21st century, given the abject failure of 60 years of Oman Ghana

Until then, I suggest that the NPP, the NDC and all other political parties in Ghana drop their ideological postures and focus on presenting choices as to how best they can deliver basic needs to Ghanaians.