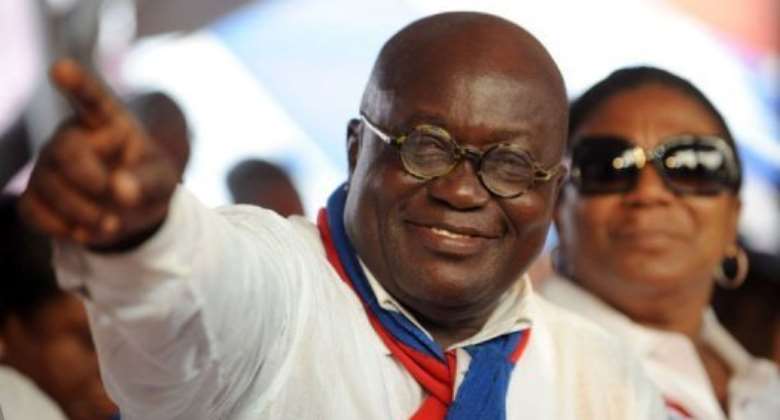 Three-time flagbearer of opposition New Patriotic Party (NPP), Nana Akufo-Addo, has said the party is likely to win power to govern the country in the upcoming December 7 general election, if it secures 80 percent of the total votes in the Ashanti Region.

“The polls going on in Ashanti Region are encouraging; but we all know that if we hit 80% of the popular votes in Ashanti, we have one and a half feet in the door of Jubilee House. So I'm begging you, let us make this year 2016 the year of the elephant,” Akufo-Addo said when he was addressing executives and parliamentary candidates in the Ashanti Region on Monday.

Although Nana Addo in the 2012 election failed to cross the 50% plus one mark to annex power, did considerably well in two regions; Ashanti and Eastern, which have predominately been referred to as the NPP's strongholds.

Nana Addo further called for cooperation among members in the party saying “we understand that cooperation is at the centre of our success. We have a big programme, some of them are very new ideas that will yield to development of the country. These new programmes, if we don't have a majority in Parliament; it will be very difficult. We need to get a clear majority in the House. That is our main target.”

“Another thing I want to talk about is the need for cooperation in the party. Whatever issue you have, drop it and help us to win power. The only politics that you will do and have no issue is in heaven  and not on this earth. This man [President Mahama] has been a disaster for this country and we hope to get the mandate on December 7.”

Audacious campaign promises
Nana Addo, who is currently on a campaign trail, has been to five regions telling them about some social intervention policies he intends to implement when given the chance in the December 7 general elections.

Some of the programmes he has promised include: one-factory one district, one village one dam and one million each year for the 275 constituencies in the country.