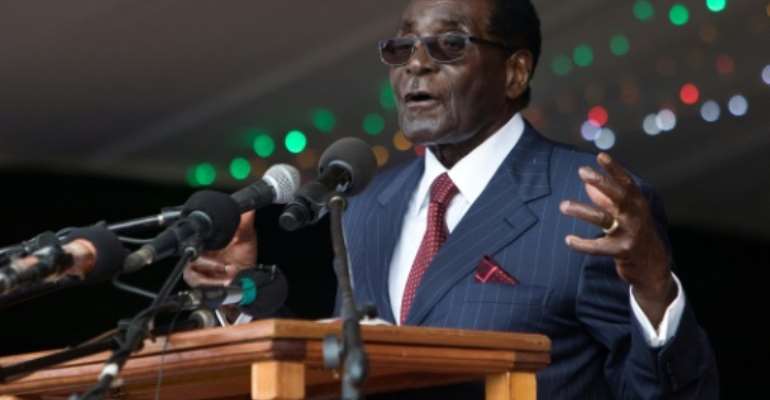 Harare (AFP) - President Robert Mugabe has blasted Zimbabwe's judges for "reckless" rulings allowing demonstrations against his rule, saying he hopes they have "learnt a lesson" after several demos turned violent.

"It is not just we the ordinary people who should have the understanding" of the need for peace, the veteran leader said, cited in the Sunday News newspaper.

"Our courts, our justice system, our judges should be the ones who understand even better than the ordinary citizens," he added in the comments made on Saturday in Harare, at a meeting of the youth arm of his ruling ZANU-PF party.

He added: "They dare not be negligent in their decisions when requests are made by people who want to demonstrate, to hold these demonstrations."

"We hope now they have learnt a lesson."

Judges authorised an opposition demonstration in Harare on August 26 which degenerated into violent clashes between opposition supporters and security forces.

Around 70 people were arrested, and nearly 60 are still detained after refusing to be released on bail.

For several weeks demonstrations have been organised against Mugabe, who has been in power since 1980, and to protest the serious economic crisis facing Zimbabwe.

Security forces have mostly succeeded in dispersing them using tear gas and batons.

On Thursday police -- who operate as an arm of Mugabe's regime according to Human Rights Watch (HRW) -- announced a two-week ban on any demonstration in Harare.

The opposition says the decision appears to be a declaration of a state of emergency under a different name.