Mr Speaker, Sir, You Have Unilaterally Abolished The Sovereignty Of Ghana’s Parliament! 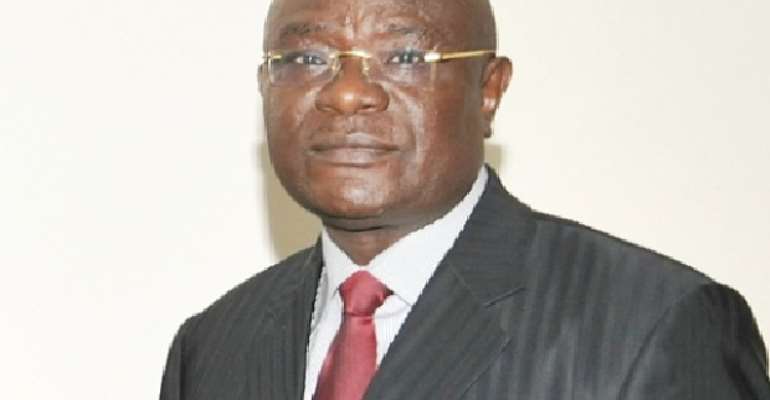 Perhaps I should not have been surprised when I heard that the Speaker of the National Assembly, The Right Honourable Doe Adjaho, had disallowed the Motion the Minority wanted to present to the House, asking it to investigate reports that President John Mahama had received a Chevrolet car as a “gift” from a Burkinabe contractor. The contractor subsequently obtained some contracts from the Government of Ghana, and so, the “gift” can be considered a “bribe”-- and in its oversight role, that's a proper issue fior Parliament to be concerned with.

I should not have been surprised at Adjaho's action because the Government of which he is a member (he was put in the job of Speaker of the Legislature by the Majority NDC, which is in power at the executive level as well as in the Legislature) is so notorious for flouting normal rules with impunity that it is almost naïve to expect it to do anything else.

Indeed, Mr Adjaho had set a precedent for himself in “impunity” by acting in precisely the same manner, over the sale of Merchant Bank to a company called Fortiz in 2014. He got away with that, thanks to the ability of the Opposition to demonstrate that he had flouted the Constitution in blocking the parliamentary scrutiny of a transaction that involved public funds, namely, capital taken from the Social Security and National Insurance Trust. How can one man impose his understanding of what the functions of Parliament are, on the elected representatives of the people? After all, was it not Parlaiemtnt that voted him in as its Speaker? How can the "servant" force his point of view upon his employer?

But even though in blocking Parliamentary scrutiny of the sale of Merchant Bank to Fortiz, Mr Adjaho acted ultra vires, (that is, he acted “beyond the powers of his office”) he at least had the fig leaf of the sub judice rule to cover his patently partisan act. (In fairness to the Opposition, they might have bowed to a rather narrow interpretation of the sub judice rule.)

A narrow interpretation of the sub judice rule? Yes -- it is a well-known stratagem for clever lawyers, to rush to file a writ in court, when they want to gag both the media (and in this case, even Parliament) on realising that embarrassing disclosures might ensue from an open, public and privileged discussion of a matter – especially one relating to a dubious business deal.

In the Mahama/Chevrolet car matter, however, no recoursethe issue is not even before a court! It is only before the Commission for Human Rights And Administrative Justice (CHRAJ). So, in preventing Parliament – which has so much power that a popular adage says it “can do anything except change a man into a woman!”) – Mr Adjaho has dealt two deadly blows to Ghana's 1992 Constitution: (1) he has unilaterally upgraded the status of the Commission on Human Rights and Administrative Justice to full judicial status, in direct contravention to the Constitution and (2) he has thereby unilaterally abolished the power of the Parliament of Ghana given to it by the people of Ghana!The Opposition says it is "embarrassed". Well, it shouldn't be --Joe Adaho deserves to be brought down for committing treason against the Parliament of Ghana, and thereby, against the people of Ghana.

For what he has done is totally unacceptable, because in the very first words of the Constitution, it is clearly stated that: The Sovereignty of Ghana resides in the people of Ghana in whose name and for whose welfare the powers of government are to be exercised in the manner and within the limits laid down in this Constitution.

In other words, SOVEREIGNTY RESIDES IN THE PEOPLE, AND THEREBY, THEIR ELECTED REPRESENTATIVES; i.e. PARLIAMENT!

Indeed, CHRAJ would be the first body to express shock at the way Mr Adjaho has used a CHRAJ investigation to block an investigation by our sovereign Parliament. For on its own webpage, the CHRAJ acknowledges unambiguously that:

The Commission is not a judicial bodyand cannot review decisions that have previously been decided by a competent court.

So, if the CHRAJ does not consider itself either as a "judicial body" or a "competent court", where did Adjaho get the idea that a CHRAJ investigation can preclude Parliament from scrutinising any behaviour of a person holding public office? Who gave Mr Adjaho the power to clothe the proceedings of the CHRAJ with the mantle of sub judice? (By the way, as a matter of interest, the sub judiceprinciple is, itself, under severe attack, on the grounds that it is antiquiated and that no modern judge worth his/her salt would take the slightest notice of anything said elsewhere about a case before him or her, when judges are enjoined to consider only evidence adduced before their courts.)

I have to remind Mr Doe Adjaho – again (as I did when I put him on my "New Year Honours List" in January 2015) – that the position of Speaker of the National Assembly is not one to be dignified only with “silk hoses and patent leather shoes” (the garb favoured by the Speaker of the House of Commons and adopted, to my knowledge, by Speakers of the Parliament of Ghana, following a precedent set by Sir Emmanuel Charles Quist!)

Despite the superficial frills, the position of Speaker is one of great trust. To be given the power to oversee the propriety of what is said and done by the elected representatives of the people on behalf of their electors, is to be placed in charge of the most important right that any people can possess – freedom of speech. The Speaker must facilitate and protect this right, not impede it.

That is why, if I were an MP, I would go straight to the Supreme Court to seek an interpretation of the notion that if the CHRAJ is seized of a matter, then Parliament is automatically prevented from delving into it. Indeed, if we were in a country where people cared enough about their constitutional rights, a public appeal would be launched immediately asking for donations to finance a suit at the Supreme Court to declare the Speaker's assault on democracy unlawful.

May I point Mr Adjaho (and the Clerk of Parliament, whose technocratic name Mr Adjaho ingloriously invoked in making his outrageous and scandalous ruling) to what the website of the House of Commons – the location from which the mystifying notion of a “Speaker” who does not “speak” in debates originated (!) – has to say about the office of the Speaker:

It is the enforcement of rules like the above that enables the British to have confidence in the integrityof their high officials. Even so, they are not fully satisfied with their democracy, and keep tinkering with it.

If our democracy is to last; if it is to be respected by the populace as a system that can effectively prevent corruption from occurring in our nations's affairs; then we must force our public office-holders to exhibit the same integrity

as their British counterparts do. And we can only do that if we ensure that officials like the Speaker of Parliament understand and operate our system, both according to the words written in the Constitution and the spiritbehind those fine words.

In other words, Mr Speaker, we don't call you 'Panin' (Elder) for nothing (as our talking drums would tell you, if you knew how to listen to them!). You are supposed to repay the privileges inherent in your position, by acting in a manner that would not disgrace your counterparts in other democratic domains. For, after doing what you have done, how can you -- and your Clerk -- hold your heads high, if you are invited to conferences of the Inter-Parliamentary organisations of the democratic world?