Re: “Emergency Economic Stabilisation Bill 2016’’ And Dictatorship in Nigeria. 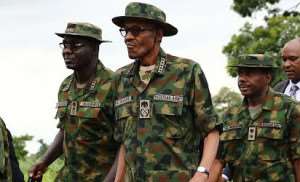 It’s heart-warming to note efforts by the present administration led by President Muhammadu Buhari to invigorate the economy for the overall interest of Nigerians. One of such proposals is the ‘Emergency Economic Stabilisation Bill 2016’ seeking emergency powers from the National Assembly to push his planned stimulus for the economy.

In the proposal, President Muhammadu Buhari is seeking sweeping powers to set aside some extant laws and use executive orders to roll out an economic recovery package within the next one year. The President seek amongst others to abridge the procurement process to support stimulus spending on critical sectors of the economy; make orders to favour local contractors/suppliers in contract awards; abridge the process of sale or lease of Government assets to generate revenue; and allow virement of budgetary allocation to projects that are urgent, without going back to the National Assembly; amend certain laws, such as the Universal Basic Education Commission (UBEC) Act, so that States that cannot access their cash trapped in the accounts of the Commission because they cannot meet the counterpart funding, can do so; and allow the Government to mobilise contractors with fifty (50%) per cent of contract sum.

However lofty these aforementioned proposed bill may be, I have my reservations. My doubts sprout from the Military background of President Buhari; his penchant and unrepentant infraction with impunity against chapter 14 Subsection 3 of the 1999 Constitution as amended of the Federal Republic of Nigeria, in regard to parochial appointments he has made so far which are skewed towards his Northern origin with nepotism and sectionalism proclivity. Such sweeping powers are susceptible to abuse if unchecked through the democratic principles of checks and balances as enshrined in our Constitution. We are running a democratic Government which is founded on the rule of law and the principle of Constitutionalism and not a military Government. The rule of law and Constitutionalism as concepts are more associated with Presidential democracies that hold on to the principles of checks and balance which underscore the establishment and maintenance of political liberty.

The proponents of Constitutional Democracy as a political concept which is anchored on the Doctrine of Separation of powers through the Legislative, Executive, and Judicial arm of Government, envisaged that concentration of too much powers in any arm of Government, might likely led to an absolute power that will corrupt absolutely. Each of the three arms would have defined abilities to check the powers of the other branches as a way to eliminate the arbitrary powers to check dictatorial tendencies, specifically Executive recklessness.

The Nigerian Constitution does not explicitly indicate the pre-eminence of any particular branch of Government, hence the need for the Presidential request to the National Assembly.

My candid opinion and suggestions to the National Assembly members whenever they debate the passage of the “Emergency Economic Stabilisation Bill 2016” is caution with thorough scrutiny and inputs from the general public. In the United Sates for instance, during the economic crises of 2008-2009, when President Barack Obama presented the Recovery Act before Congress which was later enacted by Congress, it started with a bill which the President sent to Congress and there was a huge debate in Congress whether it was proper to use America tax payers money to resuscitate ailing private investment. A comprehensive list of buyers, lessee with value of Government assets to be sold or leased to generate revenue must be attached with the proposed bill. The reason being that it should not be used as patronage to political and business associates, the way the Privatizations scheme went. A time frame of six (6) months should be set for periodic review of progress and assessment of the effectiveness of the bill, rather than a blank or unconditional passage of the bill. It must be time bound. Such sweeping powers must be timed in order not to permanently erode the powers and relevance of the National Assembly This review mechanism will check and guard against abuse of the proposed bill, and that such power should be withdrawn once misused by President.

On the fifty per cent (50%) contracts mobilization, nothing is wrong with the procurement process and the time stipulated in the procurement law. The only problem are corruption and inefficient in our bureaucracy. What is necessary for prompt execution of contracts is strict adherence to payment schedules by Government agencies. The most critical thing is to be paid as at when due. Contractors will not be able to secure the required bank guarantees of fifty (50%) per cent of contracts sums. Before banks issue guarantees, the contractor must provide collaterals worth the amount of the guarantees so sought. Contractors will not be able to raise the bank guarantee of the magnitude of Federal Government contracts. Local contractors/suppliers can’t meet banks stringent conditions.

In 1979, when the civilian regime of Alhaji Shehu Shagari took over after the oil boom, which lasted through the 1970s, the country came face to face with the type of situation we have at hand today. The country’s revenue plummeted as crude oil prices headed southwards, and the economy was heading for crisis. The nation’s foreign reserves had significantly dipped; the Naira was fast depreciating while the appetite for foreign goods assumed an alarming dimension. President Shagari requested and was granted emergency powers to stabilise the economy.

Fatefully, when the military Head of State, General Muhammadu Buhari (now Civilian President Buhari) overthrew President Shehu Shagari on December 31, 1983, he threw the law overboard. He said the Stabilisation Act had failed, with inflation rising above 30 per cent and foreign reserves falling as low as $2.85 billion, which could only bear Nigeria’s import bill for a single month. For its nineteen-and-a-half months lifespan, the Buhari Government’s high-handed approach worsened the state of the economy. After he was ousted by his Army Chief, General Ibrahim Badamasi Babangida on August 27 1985, the new Government established its own emergency economic plan, declaring an economic emergency for 15 months in October 1985, which led to the Structural Adjustment Plan (SAP), highly regarded, till date, as a disaster. With the benefit of hindsight, this emergency plan also failed, with the economy contracting by 8.8 per cent in 1986.

Clearly, no emergency economic stabilisation powers will solve the problem. There is no emergency situation to warrant such sweeping powers. Any emergency powers being sought by the president Muhammadu Buhari are antithetical to the present democracy and the principles of Constitutionalism. Whatever problem, the National Assembly can handle it. The sweeping powers if allowed to sail through unchecked, would sound the death knell for the legislature in Nigeria. The National Assembly can be prevailed upon under section 4 of the Constitution to make acts that will take the Nigeria out of it quandary.