By The Analyst (Monrovia) 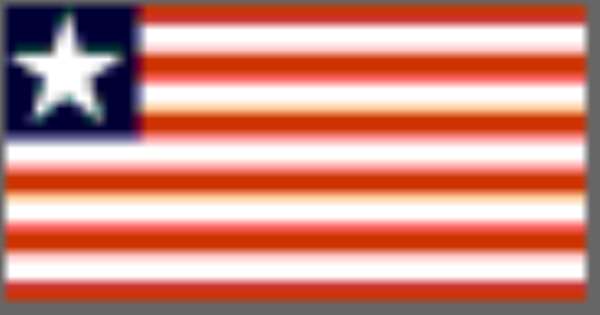 The hullabaloo that has characterized the activities of the Liberia Agricultural Corporation (LAC) has taken a different dimension with a pro-democracy group, the Liberia Democracy Alert (LIDA), complaining the Ghanaian manager, George Quanteng Mensah, of the company to the Embassy of Ghana in Monrovia.

In its letter dated February 8, and addressed to Ghanaian Ambassador Kwame Awuoh-Amuah, LIDA said, "We bring you greetings of the highest compliments and would also like to register our discontentment at the behavior of one of your citizens in person of Mr. George Quanteng Mensah who happens to be in the employ of the Liberia Agricultural Company (LAC)." According to the pro-democracy group, its attention was drawn "to several paragraphs in a release issued by Mr. Mensah in several of the local dailies published on February 7, 2005, including the Analyst, Inquirer and the Independent Newspapers. Specific reference is herein been made to paragraphs 1, 5, 7, 8,9 and so forth." LIDA informed the Ghanaian Ambassador that the paragraphs "clearly demonstrated Mr. Mensah's involvement with Liberian politics, which we do believe, is unethical, unconstitutional and a threat to our national interest." "In view of the foregoing, we would appreciate were you to advise your citizen, Mr. George Quanteng Mensah to stay clear of Liberian politics," the LIDA letter noted. The group further indicated that "our country is at the cross road of democracy and stability and as we approach the electioneering period, a call to national consciousness is our over riding determination," the letter signed by Odysseus Johnson, Chairman of LIDA, said.

The group is now calling on the general manager of the Liberia Agricultural Company, Mr. George Quanteng Mensah to desist from meddling in the domestic politics of Liberia "or else he could suffer the consequences of being misled into doing so." A release issued quoted LIDA as saying that "it is unfortunate that Mr. Quanteng Mensah who is a Ghanaian national will allow himself to be used by the craftiness of scanty politicians to score marks against their opponents." "We want Mr. Mensah to know that Liberia is at a crucial stage towards democracy and as such it would not accept the involvement of non-Liberians into the internal affairs of our body politics," the LIDA release said.

The group is meanwhile calling on Labour Minister, Lavela Supouwood, to revoke the work permit of Mr. Mensah should he continue to meddle in the domestic affairs of the country.

The Liberia Agricultural Corporation became the center of controversy when it complained some locals to the Government of Liberia alleging that they wanted to carry out an arson attack on the company.

That complaint to the Justice Ministry culminated to the arrest and detention at the Buchanan police detachment of some 93 residents of Districts No. 4 and 5 of Grand Bassa County.

Human rights lawyers had to shuttle between Monrovia and Buchanan and drew a Writ of Habeas Corpus from the Second Judicial Circuit Court in Buchanan to ensure the unconditional release of the locals.

The Court released the detainees, but not before heated legal arguments between the state on the one hand, and the human rights lawyers from the Foundation for International Dignity (FIND), Liberia Democracy Watch (LDW) and the Green Advocates (GA).

Though the actual story of why and how the commotion started between the locals and LAC is yet to come by, as information available said the Company informed the locals to vacate its concessionaire area so that it could expand.

The locals, estimated at 400,000 and living in 75 towns reportedly refused to evacuate on grounds that they are recovering from the bitter effects of the war and that some of their relatives were still returning and, therefore, evacuating now would not be the best idea.

Despite their plea and invitation to LAC to sit and discuss, LAC reportedly hired some 1000 men to clear the underbrush for the planting of more rubber trees, something the locals opposed.

Mahama was disastrous in managing Ghana’s education — NPP’s ...
54 minutes ago