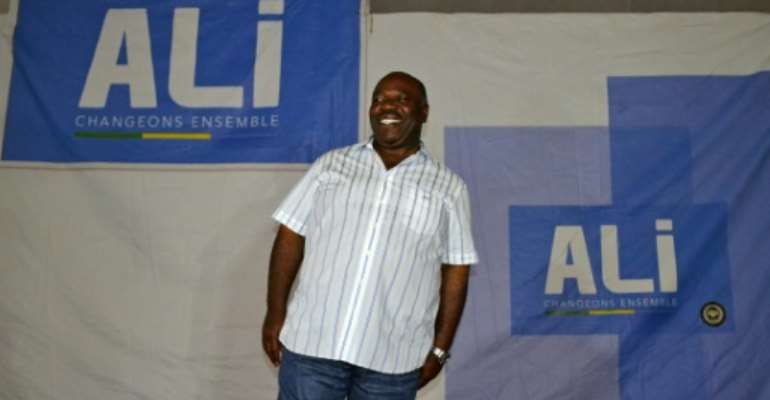 Gabon's president Ali Bongo Ondimba arrives to speak to members of his campaign at election offices in Libreville. By Steve Jordan (AFP/File)

Libreville (AFP) - President Ali Bongo of Gabon on Wednesday hailed a weekend vote in which his reelection prompted fraud claims and riots in the capital, as "exemplary" and "peaceful and transparent."

"I want too reiterate our primary victory: this election was exemplary," Bongo said in first remarks after officials announced he had narrowly won Saturday's poll.

He congratulated the people of Gabon for taking part in a "peaceful and transparent" election.