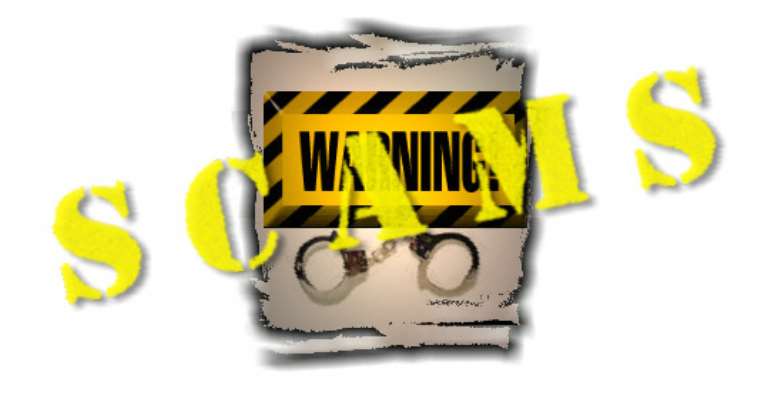 Donna Bassick thought she had found her "knight in shining armor," the man who loved her so much that he would travel almost 5,500 miles from Ghana to Greensburg just to be with her.

All the 42-year-old single mother of three had to do before meeting the man of her dreams three days after Valentine's Day was to cash more than $38,000 in U.S. Postal Service money orders her new friend just could not cash in Ghana. For all of her trouble, plus the cost of wiring the money to Africa via Western Union, Bassick could keep $2,000.

But to her dismay, Bassick found out this week that Prince Charming, the man who purportedly was thinking of marrying her, was really a rat.

"This has been the worst day of my life. I'll never trust another man as long as I live," a heartbroken Bassick said last night.

Greensburg police are investigating who is behind the Internet scam that lured Bassick and her good friend, Debbie Corl, 48, both of whom live in the Eastmont Estates housing complex in Greensburg. Capt. George Seranko said it is difficult, if not impossible, to pursue the case to Africa.

That scam may have netted someone named Silas Uwem, of Accra, the capital of Ghana, more than $50,000 in cash from the First National Bank branch office at Foodland Fresh at 730 E. Pittsburgh St., according to the accounts from both women. What it got the two women, they say, is in such a financial mess that Corl says she owes the bank about $16,000, while Bassick acknowledges her bill is "more than $20,000."

"I'll be paying forever and forever. My life is ruined," Bassick said.

Bassick said she doesn't have any of the money she received from her "friend" in Ghana because she spent it on her children, who range in age from 12 to 19.

Corl, who is making ends meet on her husband, Tim's, disability checks for their family of four, has no idea where she can get the money to repay the bank.

A spokesman for First National Bank could not be reached for comment last night.

Bassick said she met Uwem on an Internet chat room last summer and developed a friendship, based on what she believed was their mutual belief in Jesus Christ and God. "He quoted the Bible," Bassick said.

He sent her photos of himself and when he talked to her on the phone, "he called me his wife," Bassick said.

Bassick said Uwem last month sent to her home what turned out to be bogus U.S. Postal Service money orders through United Parcel Service. She got four packets -- $9,000, $9,600, and two $9,800 packets. All of the individual money orders were less than $1,000.

The U.S. Post Office in Greensburg would not cash a money order in such a large amount, but did not say the money orders were bogus. She turned to the First National Bank in Greensburg, which she said accepted the money orders. She got the cash and went to a Western Union office in the supermarket to wire the money to Africa. She said the last two times she cashed the money orders, she was told to wait five days before taking the cash in an effort to prevent fraud.

Before she realized she was duped, Bassick said she told Corl about her friend, and Corl also contacted Uwem via the Internet.

"At first, I thought it was too good to be true. Common sense tells you, you don't do this," said Corl, who explained she was undergoing a stressful period in her life.

Taken in by a story that Uwem needed money for an orphanage, she accepted two packets of U.S. Postal Service money orders -- $9,000 and $9,600. She was told to keep $900 from each packet, donate $100 from each packet to her church, and send the remainder to Uwem.

Corl said she cashed the fake money orders at First National Bank in Foodland and wired the money orders to Uwem in late January in amounts of about $4,000 each.

The Postal inspectors say the "fraudsters" contact people through an Internet chat room or e-mail, convince them to cash the phony postal money orders, wire the money and keep a portion as a gift. The unsuspecting victims are "often unaware they have assisted in a federal crime," the Postal Inspection Service stated.

"Such scams can be coordinated from anywhere in the world, but recently many have been conducted from Nigeria," according to the Postal Inspection Service. Using the Internet, they can connect to a sea of strangers and "dangle promising treats, hoping someone will bite," Chief Postal Inspector Lee Heath stated.

"It was total, complete stupidity on our part," Corl said.

"He was building up their trust, then boom," said Patrolman Pete Sandberg, the investigating officer.