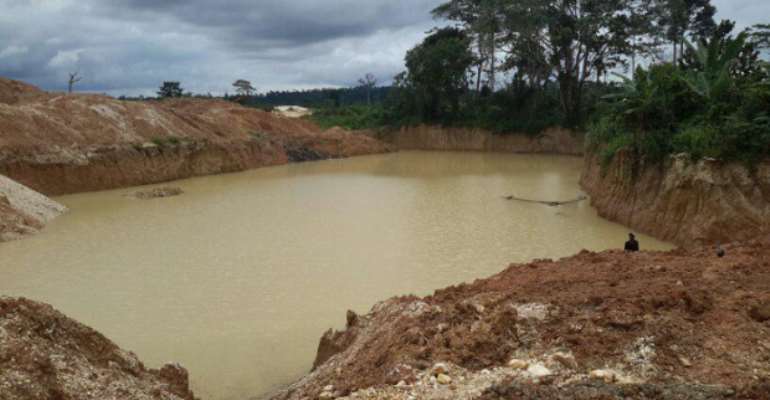 The Kyebi Water Treatment plant has been shut down because the water has been left untreatable.

The plant which serves much of the Eastern Region was shut down early on Tuesday due to the effects of illegal mining also known as galamsey on the plant.

The Public Relations Officer of the Ministry of Water Resources and Works and Housing, Abraham Otabil confirmed the shutdown to Citi News.

“Currently the Kyebi water system being run by the Ghana Water Company has been temporarily shut down. This is due to the peak rise of the water turbidity and also as a result of the raw water colour which has exceeded the threshold value of 200mtu as per the plant designed and construction hence it has rendered the plant and then fresh water resources untreatable,” he added.

Activities of these miners are affecting the treatment of water, further increasing the cost of water production.

Abraham Otabil said they are currently engaging the stakeholders within the Kyebi area to find a lasting solution to the matter.

“Kyebi and its immediate surrounding communities are going to be affected,” he added.

We must all be concerned about galamsey'
The Executive Director of 5fifty Documentary Limited, Edem Srem had earlier called on Ghanaians in urban areas to show concern about the effect of galamsey activities in the country.

Speaking to Citi News at the viewing of a documentary dubbed, 'Galamsey, the other side' Edem Srem said it is about time stakeholders come together to reach a mutually beneficial conclusion on the matter.

“…When you visit most of the rivers that have been polluted by the activities of galamsey, you realize that fish caught by fishermen taste sour and bitter, making it dangerous for consumption. In Accra, we always assume we are safe because we think the fresh things are brought to Accra. But the question we need to ask is; where are those fresh foods coming from?”