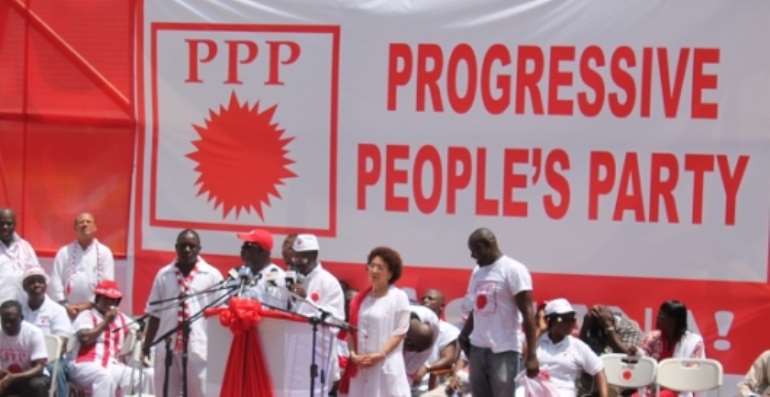 Mr. Nsobila Emmanuel a Banker and Treasure of the Progressive People’s Party in the Upper East Region was on Friday appointed as the Regional Campaign Coordinator.

The decision was taken in consultation with the National Executive Committee (NEC) and Regional Executive Committee of the party at a meeting on Friday, August 26, 2016. Among the 7 persons, is the Regional Youth Coordinator, Mubarak Abubakar, who’s the Spokesperson for the Campaign Team. Below is the full list of persons appointed as members of the PPP’s campaign team for the 2016 elections:

We called upon all Party supporters, Volunteers and sympathisers in the region to support the team to deliver in making DR Papa Kwesi Nduom the President.

Fuel price increases: Akufo-Addo, Bawumia callous about the ...
46 minutes ago

Cape Coast Airport will be constructed at all cost - Akufo-A...
46 minutes ago