Ghana Has Been Hoist With Its Own Petard! 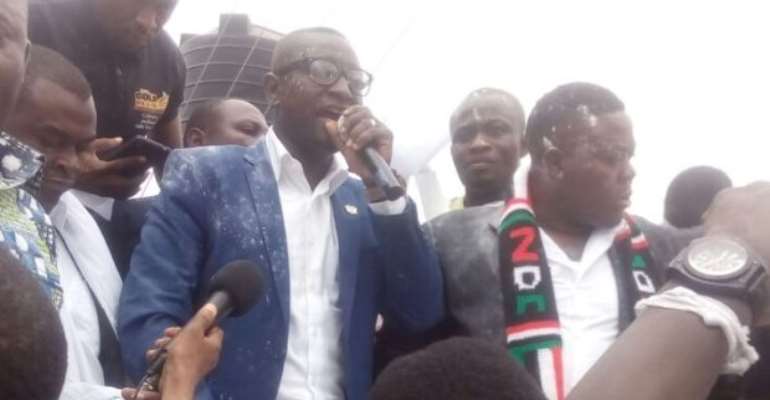 By that, I mean this: we live in a country with its own way of doing things. All our communities have inherited rules for all the important things of life – property rights; marriage; birth and death rites; and most important: justice.

These traditions served our people for hundreds of years before we experienced a mere century or so of colonial rule under the British. Since then, we have been taken over by a personality construct that is at war with itself. Our traditional values are often difficult to reconcile with our adopted values relating to legal and juridical processes.

In traditional Akan society (for example) every case that came to the chief's court involved people with whom the elders – who acted as judge and jury – were familiar. So they knew the character of each individual who was brought before them. The trials were also held in public. So the performance of each elder on the court was seen by everyone. Therefore, few elders could show favour to, or bias against, the alleged offender.

Even more important, the main concern of the elders was to reconcile the parties in dispute. In pronouncing judgement after a hearing in public (followed by a private consultation by the elders behind closed doors) their spokesperson would address the guilty party in these terms:

“When we went to consult The Old Woman, she told us that you, Litigant Asomasi, had not treated Litigant Obenteng fairly, and that if you had taken a stick and beaten him to death with it, you would have treated him as a mere animal.”

And the whole assemblage would grunt: “Heeeeeee!” in support of the verdict.

Of course, no litigant could be said to be completely satisfied with the outcome. But the public airing of the dispute often had a therapeutic effect — even on those found guilty.

If it is a civil case, lawyers (who would only get to know the litigants when they presented themselves in the lawyers' chambers) would try to find legal arguments that supported their clients' claims. In that adversarial atmosphere, justice can become a veritable gamble. What do you get if you place this witches' brew of ambiguities in the party-political domain? Or use it to write a Constitution?

Don't believe that the people who write Constitutions do not have an axe to grind. I was a member of the Constituent Assembly that wrote Ghana's 1979 Constitution and I was appalled to find that even the representatives of the professional organisations, who were supposed to be politically neutral and thereby able to provide “objective” good sense to balance the “biased” proposals of the politically ambitious members, often joined hands with the politicians!

Thereby, we missed an opportunity to write a Constitution that would have enabled us to capitalise on our multi-faceted experience in the social sphere, to craft a document both unique to us and easy to operate.

We now have a “hybrid” Constitution that incorporates the worst aspects of governance in the two countries from which our document borrowed most liberally – the USA and the United Kingdom.

We have a system of “majority carries the vote” in a Parliament that mimics the UK House of Commons.

But whereas in the UK, the House of Lords can act as a “braking mechanism” that halted the Prime Minister and his Cabinet in their tracks by delaying or even “vetoing” obnoxious legislation, in Ghana what the National Assembly decides is final.

We do have an executive President instead of a Prime Minister, of course, but whereas in the USA, the powers of the President are severely curbed by the necessity to seek the advice and consent of the legislative arm of government, in Ghana, the President has a free hand as long as he can carry our uni-cameral Assembly with him.

So our Constitution uses the words and mechanisms of democracy but does not protect the spirit of that democracy. It has created a situation that is nearly schizophrenic; a contradiction that has now trapped our President into granting a pardon to the “Montie Trio.”

To be sure, the Constitution grants the President the power to pardon. But he is expected to exercise it in strict compliance with the Oath of Office that defines the spirit in which he has to fulfil his duties as President.

This is the Oath he swore: “I dedicate myself to the service and well-being of the people of the Republic of Ghana and to do right to all manner of persons.”

Is pardoning people who have threatened to kill members of the Supreme Court and forcibly marry (i.e. rape) their head (who happens to be a woman) “doing right by all manner of persons”?

If the 'Montie Trio' were members of the NPP – as against the President's NDC – would he have freed them?

And if he wouldn't free NPP offenders of the 'Montie Trio' variety (as can be assumed) would that not amount to discriminating against people who were not in his own party? Would that be doing “right to all manner of people”?

Secondly, how does undermining the authority of the Supreme Court – the very Court that gave the President his job – enhance “the well-being” of the people of Ghana?

Richard M Nixon resigned the presidency of the USA in 1974 when it became public knowledge that he had authorised a criminal act, namely, the burglary at the Watergate offices of the Democratic National Committee.

The US Senate would have impeached Nixon anyway, if he had not resigned. Significantly, those voting for impeachment would have included many in Nixon's own Republican Party. Why? Because they realised he was not in tune with the spirit of American democracy.

Will our Parliamentarians “impeach” President Mahama for breaking the Presidential Oath that defines the spirit in which our President is supposed to act?