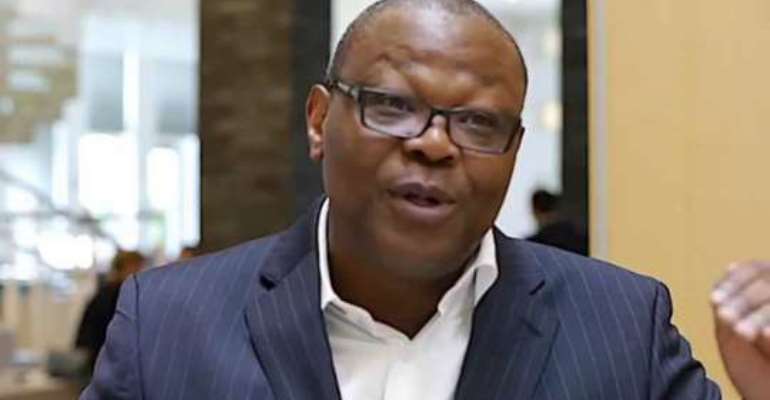 By Francis Ameyibor, GNA Accra, Aug. 23, GNA - Trade volume between Ghana and China by the end of May 2016, has hit $2.4 billion, Mr Emmanuel Habuka Bombande, Deputy Minister of Foreign Affairs and Regional Integration has stated.

He said in 2015 the trade volume between the two countries reached $6.6 billion.

Although the general trade by 18 per cent in 2015 due to global price decline, Ghana was ranked 6th in Africa in terms of trade volume with China.

'It is however, important to recognise that…Ghana has been pursuing measures within the framework of the Forum for China-Africa Cooperation (FOCAC) aimed at reversing the situation,' Mr Bombande stated at the commemoration of the 55th anniversary of the signing of the treaty of friendship between Ghana and China.

Mr Bombande noted that the Ghanaian business community is being challenged and encouraged to expand their production capacity for export to China.

'We acknowledge the enormous contribution of the People's Republic of China to Ghana's socio-economic development, as exemplified by the presence of many Chinese companies and institutions operating in various sectors of our economy namely Education, Health, Energy, Infrastructure development, Transport, and Commerce,' he said.

The Deputy Foreign Minister also cited the construction of the Cape Coast and Tamale stadia, the offices of the Ministries of Defence, Foreign Affairs and Regional Integration, the Bui Hydropower Station, Atuabo Gas Processing Plant as some of the areas of contribution from China.

He said the two countries have in recent times witnessed an appreciable increase in people-to-people exchanges as well as high-level exchange of visits.

He said more than 4000 Ghanaian students have benefited from Chinese training programmes.

'Indeed, the inauguration of a second Confucius Institute on the University of Cape Coast campus to teach the Chinese language, culture and philosophy is laudable as it would promote inter-cultural relations between China and Ghana.

He said the friendship and cooperation forged between the two countries have since been on a high pedestal, with the cooperation cutting across political, economic, trade and investment as well as cultural spheres.

He commended the founding members of the Ghana-China Friendship Association, through whose interactions the bond would further deepen.

He urged them to enhance the promotion of people to people exchanges and investment cooperation.

Madam Sun Baohing, the Chinese Ambassador, acknowledged the pragmatic cooperation between the two countries, and said the comprehensive high-level economic and trade cooperation has become a striking characteristic of the relationship.

She however urged the two countries to promote the high-level exchanges and keep the overall relationship on the right track from a strategic and long-term perspective, and solve the obstacles in our ties through friendly cooperation.

The Chinese Ambassador also called for experience sharing on governance, domestic and foreign policies to learn from each other, increase mutual political trust, maintain and carry forward the traditional friendship.

'We also need to strengthen our interaction and consultation in international and regional affairs to uphold justice, and contribute our share to the building of a new type of international relations underpinned by win-win cooperation and the construction of the China-Africa community and international community of shared destinies,' she said.