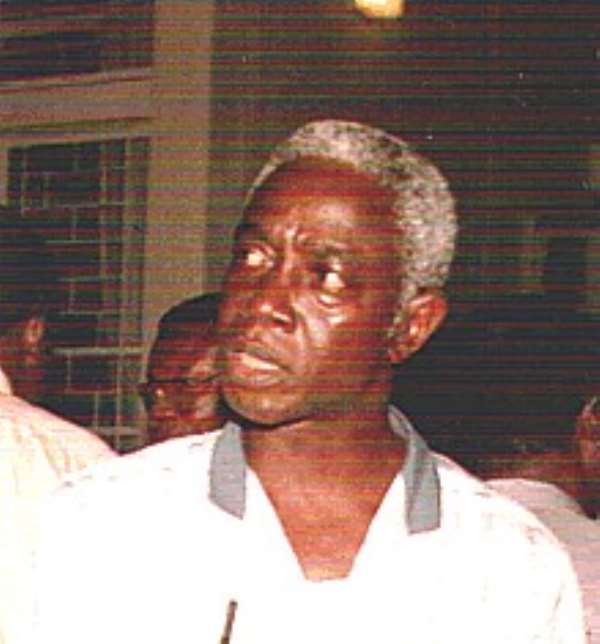 Ho, February 03, 2005 (Chronicle) -- Signals reaching 'The Chronicle' regional office here, indicate that baring any last minute hitches, the New Patriotic Party (NPP) parliamentary candidate for the North Dayi Constituency in the Volta region, Mr. Cephas Donkor, may be dragging the Electoral Commission (EC) to court for the 'ridiculous figures' credited to him in the December 7, 2004 general elections. According to sources close to the candidate's campaign office at Kpando, which were corroborated by his top strategist, Mr. Noah Akpi, over the weekend, the EC's district office mysteriously sent the figure 401(four hundred and one) to its headquarters and the media as the votes obtained by Donkor, instead of the collated votes of 4011 (four thousand and eleven) at the end of the polls.

“The candidate has suffered a lot of ridicule and resentment as a result of the EC's negligence, and we expect nothing short of an apology, a publication of the true figures in the major newspapers and possibly a compensation,” one of the sources stressed.

They added that Donkor's opponents took advantage of the declared result to cast all sorts of insinuations and made wild allegations against him, to the effect that he polled the most outrageous votes in the region.

And to confirm their claim that the EC had actually erred, this reporter was shown a letter signed by the District Electoral Officer, Mr. James Botsyoe, calling for the figures to be updated at the regional office of the commission in Ho to capture the true situation on the ground in the constituency.

The letter, dated 10th January 2005, and bearing the reference number, EC/VR/KD/Vol.1/22/48 stated among other things that, “I wish to inform you that after the collation and declaration of the constituency results for the Member of Parliament in the December 7th general elections, Mr. Cephas Donkor, the NPP candidate, had a total of Four Thousand and Eleven (4011) votes from the summation of results from the 118 polling stations.”

“However, on the parliamentary declaration form, Four Hundred and One (401) was recorded for him as a result of omission and oversight in the North Dayi Constituency. I am therefore appealing to your outfit to expedite action to update the figure as mentioned above,” it concluded.

The paper has sighted another letter also, this time from the region, asking the chairman of the EC in Acra to rectify the anomaly.

In that letter with reference number EC/VR/61/SF.4/V.3/91, the Regional Director, Mr. Muhammed Adoquaye said the correction had become necessary after the affected candidate had drawn their attention to the error that had been so confirmed from the district.

“The purpose of this letter is to draw your attention to the error and ask for a correction in the records for the parliamentary elections for North Dayi,” he stated, and copied to the Deputy Chairman (Operations), Director (Elections) and Director (R&M).

When 'The Chronicle' called on him to find out whether he would still be considering the legal action after all these necessary corrections by the EC, Donkor stressed that the correction must definitely reflect in the gazette, else the court action would still be necessary.

“Probably, only the courts can order them to do the right thing and set the records straight,” he noted rather pensively. In the said elections, Akua Senanu Dansua of the National Democratic Congress (NDC) won the parliamentary race by polling Twenty-Nine Thousand, Seven Hundred and Sixty-Five (29, 765) votes while the Convention People's Party (CPP's) Thomas Aquinas Kwami Mensah Ntumy polled Three Thousand, One Hundred and Eighteen (3,118) to take the third place.

Going by this new development, the total number of valid votes will have to jump up from the erroneous 33,284 on the old declaration form to 36,894. This will certainly affect the total nationwide voter turnout and also the percentage scale.

Only heaven knows how many such 'omissions and oversights' have taken place undetected in the remaining 229 constituencies.