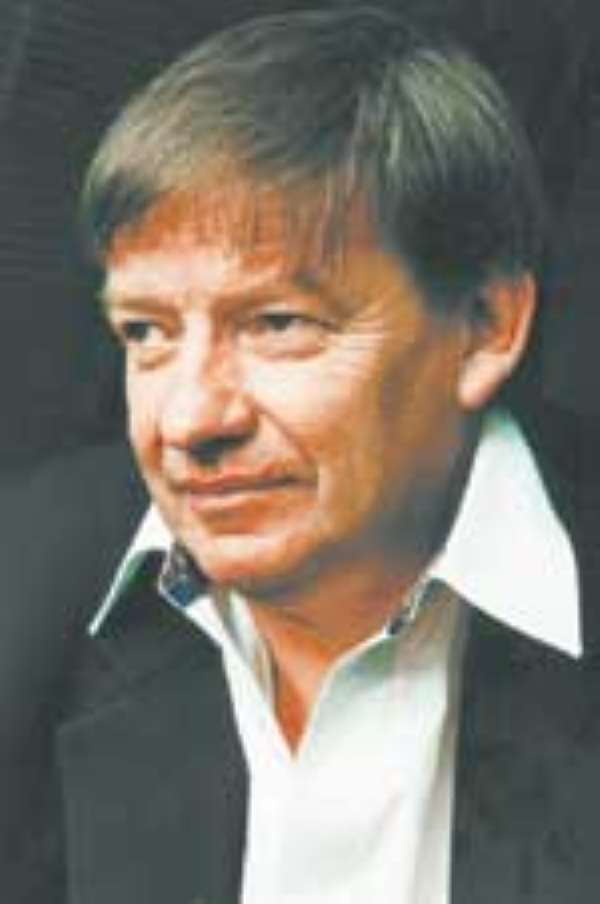 AngloGold Ashanti's profit plummets AngloGold Ashanti's Obuasi mine in Ghana is underperforming badly and CEO Bobby Godsell suffered a grilling for it Thursday's December quarterly results briefing in Johannesburg. In response, Godsell put his neck squarely on the block stating; "our operating integrity will stand or fall by Obuasi. "There is nothing I have seen in the past eight months that makes me change my fundamental assessment of Obuasi which is that it is a very viable operation and the problems there can be fixed by good mining people. "Turning the mine around is a process that could take between four and six quarters judging by our experiences in South Africa," he added. The problems are not just operating and technical because there's a substantial financial dimension resulting from the former Ashanti's hedge book. That has just been radically restructured at the cost of a cash injection of US$159m into the book. Deutsche Bank analyst Brenton Saunders told Godsell that amounted to; "pushing up the effective cost of the Ashanti acquisition by 10%." Godsell rejected that assessment saying the cash outlay was justified in terms of the expected future profit gains from restructuring the hedge book. The troubld Obuasi deep-level mine was one of the key assets in Ashanti Goldfields which AngloGold took over early last year. The group organised a visit to the mine for analysts in February at which it laid out its plans for Obuasi and delivered an overall message that; "things would get worse before they get better." Point made by JP Morgan analyst Steve Shepherd - who participated in the visit - is that things seem to have gotten worse than AngloGold management anticipated. Obuasi made a cash operating loss of US$16m in the December quarter (September quarter - $24m profit) as yield dropped to 2.85g/t (3.25g/t); gold production fell 5.5% to 2,792kg (2,956kg) and total cash costs rose 6.6% to $320/oz ($300/oz). Total production costs rose 7% to $448/oz ($418/oz) as AngloGold Ashanti continued to pump in the capital expenditure needed to turn the mine around. AngloGold attributes these numbers to "the continued effect of insufficient developed and drilled underground reserves, coupled with ground instability and rock transfer problems which are being resolved." The changes to the hedge book are substantial with a reduction of some 2.2Moz to a net hedge position of 10.49Moz at end-December from 12.7Moz at end-September. That represents cover of 31% of five years expected production from AngloGold Ashanti compared with the previous cover position of 40%. The bulk of the changes have been aimed at improving gold prices to be received in 2005 and 2006 because of AngloGold Ashanti's belief that gold prices will trade at current levels and higher in the medium-term. The level of hedged cover is around 10% of forecast production this year and 17% of forecast production in 2006. AngloGold's average spot price received for the December quarter was $396/oz which badly underperformed ruling market prices.