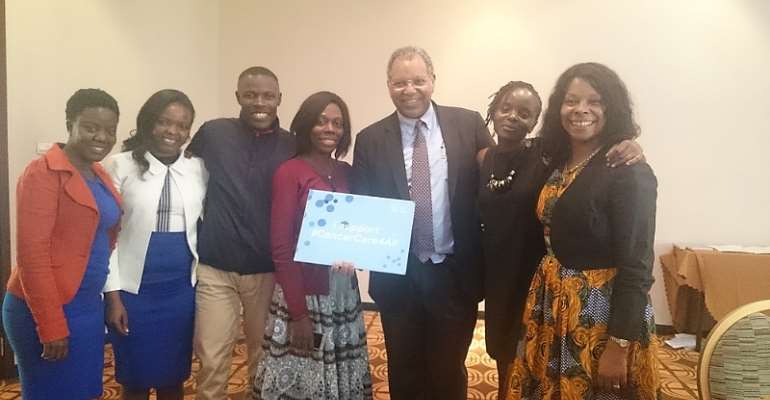 This, notwithstanding, the disease is set to increase on the African continent, with over one million new cases expected to be diagnosed by 2030 in the region.

Causing more than 8.2 million deaths annually, cancer is one of the top killer diseases in the world. The estimated number of 14 million plus new cases occurring every year is expected to increase by 70 percent in the next two decades.

With cervical and breast cancers being the leading causes of cancer-related deaths in Africa, the burden of the disease in women is much worse.

Gender inequalities, weak economic empowerment of women and the absence of screening and early diagnoses services contribute to the increasing number of preventable deaths of women.

The devastating effects of the disease can, however, be mitigated through governments' commitment to policies that improve awareness creation, screening for early detection and comprehensive treatment for those with the health condition.

Dr Brawley said cancer is going to grow in Africa in the next 10 years if nothing is done about its awareness creation, diagnosis and treatment.

He said the increase in cancer cases is mainly due to the industrial and economic development and its accompanying side effects of non-communicable diseases resulting from the combination of obesity, bad nutrition and physical inability.

Other causes, he said, are from occupational and environmental exposure, drug usages and alcohol intake, tobacco smoking, radiation and genetic factors.

Dr Brawley indicated that the increasing trend of cancer can be stalled through high taxes on tobacco products, particularly on the African continent, to deter people, especially the youth, from developing the habit of smoking.

“Research has shown that women who have a full term pregnancy before age 30 can reduce cause of breast cancer when they are 50 years,” he said.

Mrs Enwerem-Bromson said there are various comprehensive treatment options that can help improve the lives of people with cancer.

She, however, indicated that with the exception of Egypt and South Africa, African countries do not have the facilities for cancer treatment options for cancer like surgery, radiation, chemotherapy.

“Fifteen percent of cancer patients will need radiotherapy ad every dollar invested in providing this facility has a four time return on the amount invested,” she said.