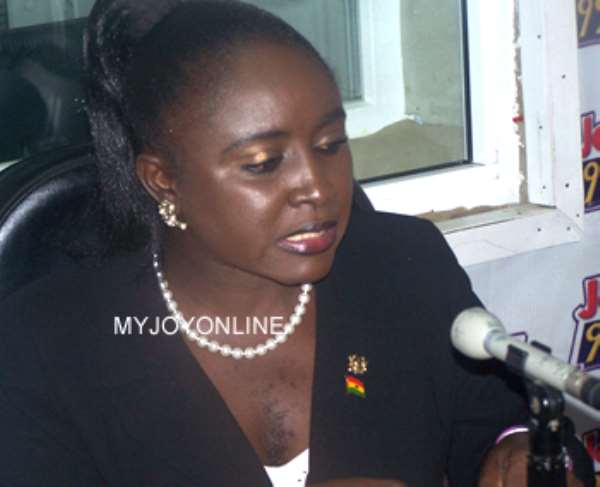 The Ministry of Food and Agricultural (MOFA) has reaffirm the resilience of the poultry industry in Ghana and reassurance that, government efforts to grow the industry are yielding results.

This comes after months of the poultry industry faced with outbreak of epidemic bird influenza. This forced the ministry to issue protective and preventive directives to protect the industry from devastating impact.

However, the Deputy Minister of Food and Agriculture (MoFA), Dr. Hannah Bissiw has noted that, the outlook of the avian influenza in the country in 2016 was recording decreasing number of outbreaks compared to 2015.

Statistics has indicated that, from January to July, this year, a total of 25,970 birds were destroyed and 9,864 birds died naturally from the disease, with 13 outbreak sites.

Also, a total of 36 outbreak sites were recorded in 2015, with 76,326 birds destroyed in outbreaks to contain the spread of the disease and 26,434 birds dying naturally from the disease.

It is well known that, Ghana was not the only country reporting outbreak of the disease in West Africa, the most recent outbreak in the sub-region were in Cameroon and Nigeria.

“Once, outbreaks are recorded in countries in the sub-region, our country remains constantly at risk of infection of the bird flu,” Dr. Bissiw said last week in Accra at a media advocacy workshop on the bird flu outbreak in Ghana.

“Therefore, as a country, we need to work together to stop the introduction and spread of the disease. This where you as media personnel play a key role to carry the message to the public in the country,” she said.

Moreover, she restored confidence in the industry saying that, “Despite the bird flu outbreak, the poultry industry is still resilient.”

She applauded all stakeholders in the poultry value chain, especially the farmers, who are working hard to ensure no outbreaks on their farms.

The Deputy Minster acknowledged the continuous support from the United Nations International Children’s Fund, the National Disaster Management Organisation (NADMO), and the Food and Agriculture Organisation for their support in Ghana’s resolve to fight the bird flu outbreak.

The media advocacy workshop was organised by the NADMO in collaboration with the Veterinary Service Directorate, MoFA, to deepen the engagement of the media in reporting accurately about the bird flu disease.

The bird flu, also known as avian influenza, is an infectious viral disease of birds. Most avian influenza viruses do not infect humans, however, some such as the A (H5N1) and A (H7N9), have caused serious infections in people.

Majority of human cases of A (H5N1) and A (H7N9) infection have been associated with direct contact with infected live or dead poultry.

There is no evidence that the disease could be spread to people through properly cooked food; however, controlling the disease in animals is the first step in decreasing risks to humans.

Dr. Bissiw urged the media to report exactly and accurately the information they receive from the veterinary authorities.

“Report in order to educate the public on the disease. Assist in stopping the spread of the disease through your reporting,” she said.

Mr. Sylvester Azantilow, the Deputy Director of NADMO, said the avian influenza outbreak in 2006/2007 affected mostly exotic and local poultry, however, the outbreak since 2015 had been observed to affect commercial poultry (both local and exotic), as well as guinea fowls, geese, ducks and turkeys.

He said in accordance with NADMO’s responsibility on pest and insects infestation outbreak in Ghana, the National Technical Coordinating Committee on Avian Influenza (H5N1), had being at the forefront of the fight against the avian flu.

Mr. Affail Monney, the President of the Ghana Journalists Association, advised media professionals to avoid sensationalism as far as bird flu reportage was concerned; adding that the bird flu outbreak had got serious economic implications.

He cautioned that journalism was not the perpetuating of falsehood, but the dissemination of facts.

Dr. Tamara Chikhradze-Young of the United States Agency for International Development said the media had a critical role to play in the fight against the bird flu.

Dr. Josiah Kwesi Taylor, former Veterinary Director, who chaired the function, also urged the media to cross check their information on the bird flu outbreak with the veterinary authorities before putting out the news.