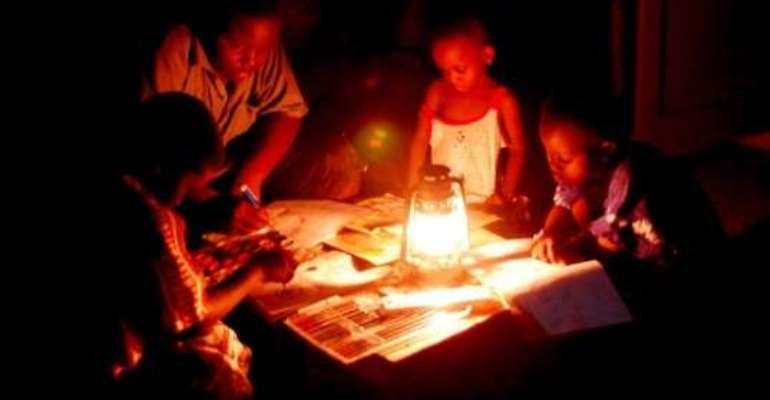 The dreaded dumsor crisis is poking it's ugly head once again after it was supposedly banished by President Mahama and his team.

The ugly cycle of the negative effects associated with this problem (reduced productivity by companies, increased crime rate, inability of students to study well at night, etc) have become so common to even kids and the unlettered.

A lot has already been said by numerous concerned groups whilst some have written extensively on the litany of failed promises given by President Mahama. One of such detailed analysis was presented by Dr. Bawumia and can be accessed via the link http://www.myjoyonline.com/politics/2015/December-2nd/solving-dumsor-was-not-a-priority-for-mahama-bawumia.php

I wish to write briefly on two specific wierd excuses that the President has made to cover up his inability to solve the problem. These excuses are very wierd and at best an insult to the conscience of the Ghanaian who expects nothing but the best from people who have been put into responsible positions. They also expose the deceptive tactics employed by this Government and how they consistentently lie to the populace for the sole aim of obtaining their votes.

The first of the two was the President's assertion that the dumsor crisis started because of an 'act of God'. This was during the IEA debate in the run-up to the 2012 elections. He needed the votes badly and had to do whatever it takes to show Ghanaians he is not incompetent. As a good communicator as he is, he spoke fluently and coined the definitions for 'Dumsor" and "Outages". To loud cheers from his supporters and the unsuspecting Ghanaians, he ended his answer with a promise that the crisis would be over by the end of his first year in office if he was elected.

Well, it is now almost four years after he made this statement and we are still faced with the problem if not worse. In fact he has yet again given another wierd excuse to cover for his incompetence. He has blamed the resurgence of the crisis to a 'sabotage' by militants in Nigeria on gas pipe lines that feed Ghana. I am still wondering the kind of stakes the militants have in Ghana that will push them to sabotage this Goverment or perhaps they are in bed with the opposition NPP. Otherwise I do not get it at all.

This is yet another interesting and wierd excuse even after a leaked letter from WapCo suggested that the gas supply was cut because of the non payment of an oustanding debt owed by our Government.

President Mahama and his team never disappoint with excuses.They always find a way to absolve themselves from any blame without caring about the sufferings of Ghanaians. All they care about is to cover their faults for votes even if it means telling lies for God or some militants in Nigeria.

Brace up for more wierd excuses in this election year.