Why Is Accra Stinking? 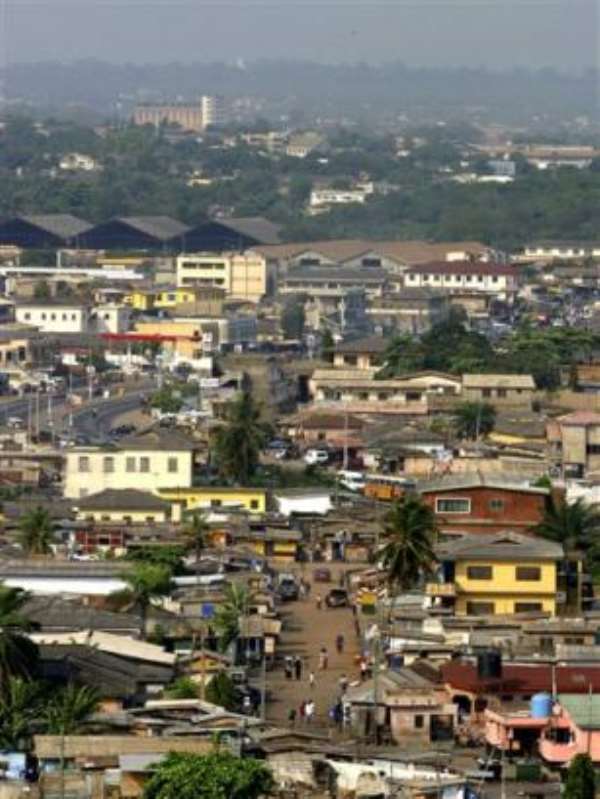 Accra, Jan. 19 (Chronicle) -- The Accra Metropolitan Assembly (AMA) under the current government has not had any contract agreement with the Solid Waste Contractors (SWC) in the Metropolis in the last four years, The Chronicle has learnt.

The Assembly under the National Democratic Congress (NDC) in 1997 signed (what has been tagged as funny appeared to be) a three-year contract with Group Chagnon City and Country Waste Limited (CCWL) of Canada.

Two of the agreements were meant for the procurement of equipment valued at about $11 million and the third was meant for the collection, haulage and disposal of solid waste in the Accra Metropolis at a cost of $30, 28 per tonne and the construction of a land fill at the cost of $ 3,659,986.

The Chronicle investigation further revealed that the collection, haulage and disposal of the solid waste part of the contract was sub-contracted to local contractors at a cost of $5,20 per tonne, out of the $30 they had charged AMA.

The New Patriotic Party (NPP) government, since taking power in 2001 abrogated this agreement, upon the claim that AMA could not have adequate insight into the contract and that information on financing the agreement between AMA and the Ministry of Finance was not made available to the Assembly.

Other reasons given were that, the draft agreement did not receive assent from the Attorney General and the contract did not go through a competitive bidding process, thereby creating monopolistic arrangements for CCWL.

In July 2001, the then Metropolitan Mayor, Mr. Solomon Offei Darkoh, on behalf of the Assembly, signed a six-month temporary agreement with 14 local Solid Waste contractors for solid waste operations in the Metropolis, having abrogated the CCWL contract.

With this agreement, the CCWL trucks were allocated to these 14 contractors on hire purchase arrangement on the basis that ¢7 million would be deducted from their monthly income to offset the cost of the trucks. The contractors were to be paid $1 converted into ¢6,000 per tone of waste collection and disposal at that period.

The Chronicle gathered that the contractors having used these vehicles for over three and half years, the AMA, for whatever reason, failed to deduct the ¢ 7 million meant to offset the cost of the vehicles as stated in the expired agreement.

A source at the Assembly told the Chronicle that currently, the contractors owed the Assembly about ¢9 billion with regard to the vehicles allocated to them.

The Chronicle further uncovered a very serious irregularity; while the Assembly failed to take their legitimate money from the contractors, it continued to pay between ¢50 million to ¢100 million monthly to eight of the contractors who were no longer collecting the waste.

This is because the vehicles, which were allocated to them, had broken down beyond repair, as a result of which some of them have ceased operations totally while others were operating between 20% to 30% capacity.

All these irregularities were happening under the nose of the Metropolitan Chief executive Hon. Stanley Adjiri Blakson, the director of finance Mr. Bosompem and the head of the waste management department, Mr. Ben Mensah Laryea.

A source at the AMA told the Chronicle that solid waste collection operations in the Metropolis had been a gold mining concession for successive top government officials at the castle, the regional secretariat and the Assembly.

He explained that, that dividend motivated the then NDC top government official to sign that contract agreement to impose it on the Assembly in 1997.

He added that, “some top NPP government officials, having abrogated CCWL's $30 per tone waste collection and disposal agreement, have managed to find themselves in the industry, as a result, deducting the ¢7 million was not their priority but to pay the contractors who were not working was the most priority to them so that they could get their share of the cake,” the source told the paper.

These contractors who are doing serious business, Chronicle gathered, have not been paid for over a year, amounting to about ¢24 billion.

In an interview with the head of the waste management department, Mr. Laryea, he admitted that the Assembly currently didn't have any agreement with the (SWC) but indicated that one would be ready this year.

Mr. Laryea explained that the Assembly wanted to come out with a comprehensive contract agreement that had caused the delay of the draft document.

He admitted as well that, some of the SWC were over paid, adding that the anomaly had been corrected after it was detected.