Muslims to celebrate Eid-Ul-Adha on Thursday 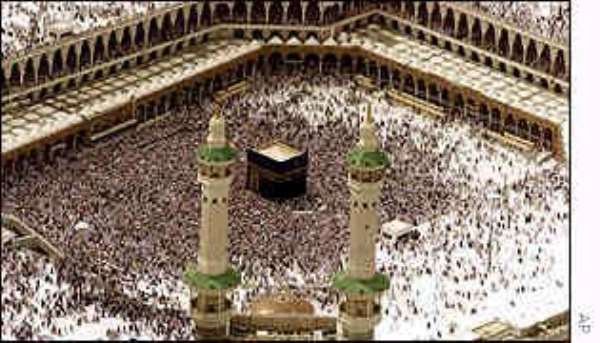 ...Eid-Ul-Adha declared holiday The Muslim Festival of Sacrifice, Eid-Ul-Adha would be celebrated on Thursday, January 20 2005 the National Hilal Committee of Ghana announced on Monday.
A statement signed by Sheikh M. M. Gadel, Acting Chairman of the Committee, expressed felicitations to the Muslim Community throughout the country.
Eid-Ul-Adha declared holiday The Ministry of the Interior has declared Thursday, January 20 2005 as a Statutory Public Holiday for the celebration of Eid-Ul-Adha, the Muslim Festival of Sacrifice. A statement issued by the Acting Minister of The Interior, Mr Hackman Owusu-Agyeman said the holiday should be observed as such throughout the country.