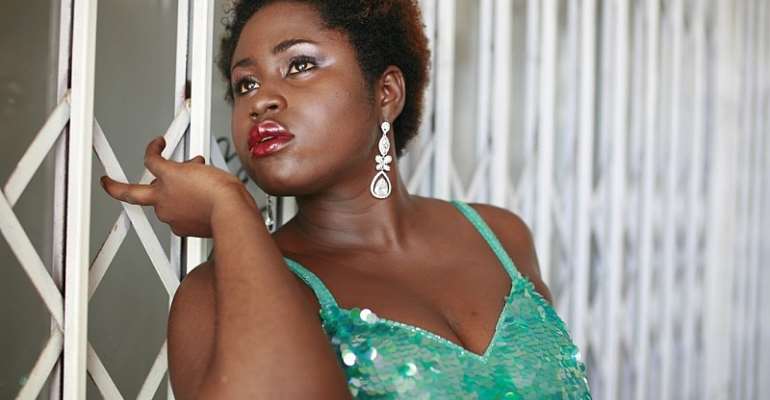 From our viewpoint blogger, writer, producer and outspoken actress, Lydia Forson’s article “Leave Kennedy Agyapong Alone” is clearly a demonstration of a keen conscience with an active, subtle subterranean mind more than capable of sound judgment on matters of culture and critical theory.

Madam Forson is an auctorial juggernaut who tightly controls her space with unequivocating frankness.

Of course, and again, the complex issues she touched on in the afore-cited article were by no means easy interrogations of topical ideas and memes we always take for granted although, in certain places, the narrative architecture of her well-constructed critique also demonstrated a measure of structural simplicity in the development of some of her ideas.

This is to be understood because she was not writing a dense doctoral dissertation on critical and feminist theory and cultural criticism.

In other words, the structural or narrative architectonics of her article was a bold attempt at a far more simplistic overview of a constructive synergy between our relatively modern hypocritical culture and Kennedy Agyapong’s politics of misogynistic posturing, all of these tidbits coming as they were on the backdrop of the theological pulpitry of widespread clerical mysogynism.

Elsewhere Madam Forson appealed to an occasionalist argument but only in a cursory moment, or fleeting passage.

Hers was certainly an argument, if we understood her well, which she did not fully develop into any discursive form of philosophical or ideational maturation, although it tended to harbor a far more sophisticated interlocking layers of scatterbrained implications in her pointed indictment of clerical misogyny, as well as of its commonality of purposeful occurrence with the dodgy landscape of secular politicians, such as the undomesticated grotesque caricature Kennedy Agyapong.

Regrettably, and perhaps rather indispensably also, the occasionalist paradigm in one sense points to the factor of transcendental or deified interventionist causation in human affairs and the convoluted course of natural evolution.

That is to say, the idea itself easily comes across as a limiting stricture of sorts on the finite psychology of the process of linking the humanization of aspects of mortal existence to a transcendental one.

On the other hand, though, the complex phenomenology of deistic realism and rational thought seriously limit this easy conceptualization to one of collective and personal, or individual, convenience, also of mortal escapism from difficult questions the carnal mind cannot sufficiently explain.

It is by no sheer coincidence that the occasionalist argument also becomes another existential question of some ideational complexity, constrained or bounded by the hegemonic authority of transcendental or deified phenomenology of human conscience. As a matter of fact it could as well even be a simple existential question of nominalism! We have made this argument elsewhere!

Herein lies another convoluted layer of the argument, which is that the clerical class, whether Judeo-Christian or Muslim, invokes its images of misogyny by a direct recourse to the spiritual authority of its sacred texts, the Bible or Koran in this case, both of which already have an established stamp of divine imprimatur on patriarchal dictatorship and the subjugation of women.

In other words where our clerics can liberally and justifiably quote their sacred texts to support their divinely-inspired misogynistic patriarchism, Kennedy Agyapong simply cannot. Quoting these divinely-inspired scriptures does not necessarily make clerical misogyny morally right, either.

It is often forgotten that, at least, though the mythology of the Bible and Torah directly assigns creative existential primacy to manhood, the mere fact of the creator, God, taking one of man’s ribs out of which (s) he fashioned womanhood makes the woman, a creature not fundamentally different from man in several constitutional and physiological aspects, a symbol of equality, however these clerics selectively and tendentiously cite scripture largely based on millennia-old nomadic culture, to maintain their own patriarchal dictatorship and clerical power at the expense of gender equality.

For one thing, Ken is politically and intellectually constrained to do similarly by the sheer weight of the gender-blind language, spirit and letter of our secular constitution. It would have been an entirely different ballgame if Ghana were, indeed, a theocracy which it fortunately is not for all the good reasons.

Ken therefore becomes a willing prisoner of the moral authoritarianism and dictatorship of this secular constitution. This policy position is very clear!

After all, no one forced him to join the parliamentary chamber. As a matter of fact, like his colleagues and friends, he went there on his own volition, sanctioned by the popular sovereignty of his constituency. It also is quite possible, that the alluring scent of money, not necessarily knowledge of intellectual diplomacy and political intelligence, may have smoothed his passage to parliament.

On the other hand we may all recall what happened to Muslim Member of Parliament, Nelson Abudu Baani when he proposed that adulterous women be stoned to death during parliamentary deliberation on the Interstate Succession Bill, so-called.

There is therefore a clear-cut, though not always necessarily so, delineation between the sexes which is purportedly divinely inspired. This leads to a dangerous situation of unequal dichotomy in gender relations.

What is more, questions of the nature of biological or genetic, environmental and cultural influences add to the complex mixture of the social difficulties accompanying gender relations.

On another plane, however, the grinding historicity of the kind of prominent and assertive voice, relatively speaking, which the African womanhood held and exercised in matters concerning her herself, her family, and her community in the period up until the eventful conclusion of the pre-colonial is not one in doubt, an anthropological and historical question which has occupied the auctorial cynosure of an entire generation of scholars, including, but not limited to, Ama Mazama, Cheikh Anta Diop, Molefi Kete Asante, Ivan Van Sertima, Theophile Obenga…as well as of their students.

The visionary Kwame Nkrumah tried so hard to reverse this negative trend in gender relations following his mentor, Kwegyir Aggrey’s “gender equality” and “gender equity” example, but the demonic colonial and neocolonial forces within the neonatal nation-state, as well as some recalcitrant cultural and male chauvinists, would re-emerge from behind the Iron Curtain of negative cultural internalization to oppose his progressive efforts at relative equalization in the politics of gender relations.

That said, this relative freedom which the prominence of the assertive voice of African womanhood enjoyed, unfortunately, would suffer a serious existential blow at the dawn of colonialism with its accompaniment of Victorian culture, values, and ethos and on account of Judeo-Christian and Islamic influences, all of which further reinforced the subjugation of African womanhood where, it has been claimed by some writers, the subjugation already existed in some entrenched pockets.

But the question of unequal dichotomy in gender relations is not always a veritably easy one as the preceding paragraphs demonstrate.

It begs the question, then, why polygyny is an accepted practice in African cultures as opposed to polyandry…Why women are largely at the receiving end of domestic or conjugal violence…Why women (and children) suffer disproportionately in wars…Why trokosi encompasses mostly the girl child…Why women are underrepresented in our politics even though they bear the men who subjugate them… Why our books on national history are largely phallocentric…

Why a relatively large number of those victims banished to concentration camps and reservations (“witch camps”) in certain parts of Ghana are female…Why most of the members of the traditional priesthood who are behind these banishments are, themselves, male…Where are the wizards?...

Why corrupt female politicians like Victor Hammah and Dzifa Attivor are forced to resign their offices while their male kleptocrats are rather moved transferred elsewhere within the same bureaucracy to continue their thievery...

Yet women are still the primary prisoners of household (“domestic”) slavery, of human trafficking (together with children), while the girl child is on the other hand is imprisoned in the child-sex and child-prostitution industries.

Let us not lose sight of the fact that our primary focus of these nagging concerns are still on the geopolitical landscape of Ghana. We wish to make this caveat unambiguously clear.

We shall return with Part 2…

The author has 578 publications published on Modern Ghana.