Families of EgyptAir crash victims to get compensation 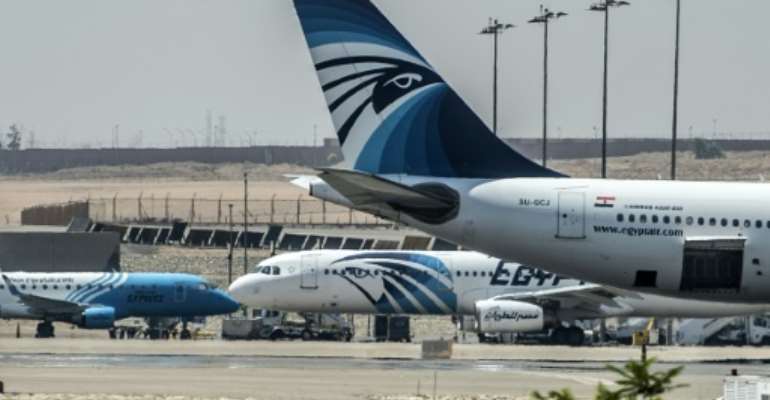 EgyptAir says advance compensation payments of $25,000 will be offered to families of the 66 people killed when one of its planes crashed into the Mediterranean last month. By Khaled Desouki (AFP/File)

Cairo (AFP) - EgyptAir said Monday advance compensation payments of $25,000 will be offered to families of the 66 people killed when one of its planes crashed into the Mediterranean last month.

The payments are separate to those expected from insurance companies on behalf of various parties depending on the investigation into the disaster.

The Airbus A320 operating Flight MS804 from Paris to Cairo disappeared from radar screens between the Greek island of Crete and the north coast of Egypt on May 19.

Among the passengers were 30 from Egypt, 15 from France, two Iraqis, two Canadians and one each from Algeria, Belgium, Britain, Chad, Portugal, Saudi Arabia and Sudan.

Seven crew and three security personnel were also on board.

"An insurance company will pay an advance of $25,000 after each family prepares its certificate of inheritance," said EgyptAir chairman Safwat Musallam.

"Death certificates will be ready before Thursday for Egyptians and foreigners," he told AFP.

Investigators have said it is too early to determine what caused the plane to crash, although a terror attack has not been ruled out.

Authorities in Cairo began examining the two black boxes at the weekend, accompanied by representatives from France and the United States, where the engines were made.