I'm not into politics to embezzle public funds - Akufo-Addo 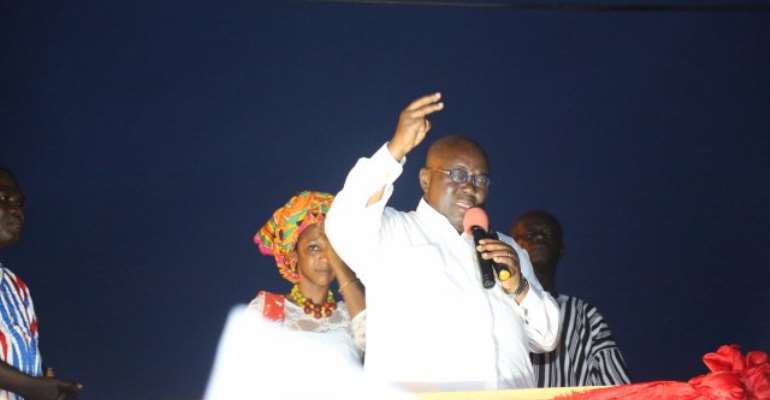 The 2016 Flagbearer of the New Patriotic Party (NPP) says he is neither into politics to embezzle public funds nor for bribes.

Nana Addo Dankwa Akufo-Addo said this while addressing party supporters in Ekon, a fishing community in the Cape Coast South constituency of the Central region on Sunday, June 19.

Meeting the supporters on the fourth day of his tour of the Region, Nana Akufo-Addo was speaking against the backdrop of what he described as the two issues that have caused severe hardships and suffering for Ghanaians.

'Our economy is in a weak state, and that is why everything has become so difficult in Ghana. The cost of petrol and electricity have become unbearable. For fishermen who used to purchase premix fuel for GH¢1.80 a gallon at the time President Kufuor left office, they now purchase the same gallon for GH¢7.30. Likewise, outboard motors which used to sell at GH¢2,900 are now selling at over GH¢12,000. Our monetary system is weak,” he said.

He noted that his opponents have failed to sully his reputation with countless accusations. 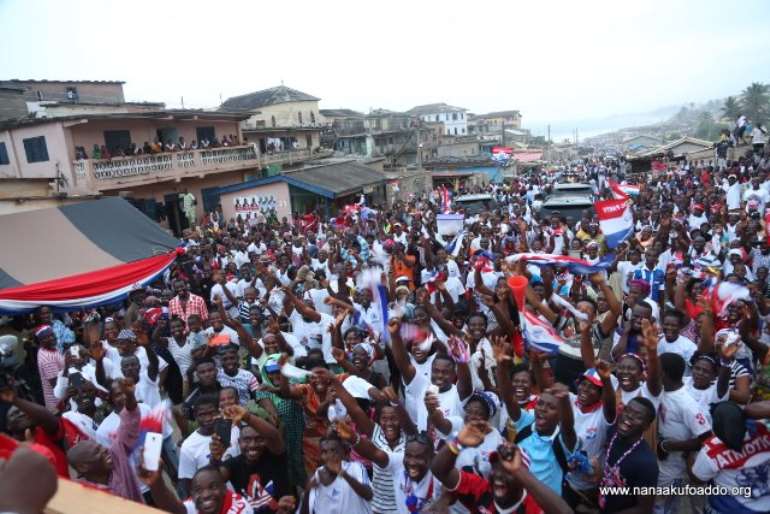 He went on to say: 'I am clean because I did not go into government (from 2001 to 2007) to steal money. The same way, when you repose your confidence in me and help me win the elections, I assure you that I will jealously guard the resources of the nation to the benefit of all Ghanaians.'

Additionally, the NPP flagbearer noted that 'the thievery of public resources has become too much under President Mahama.'

The legacy of the Mahama government, over the last 7 years, he said, can be found in the hardships and sufferings of the Ghanaian people, widespread poverty, the lack of jobs for Ghanaian youth, the high electricity and water tariffs, and the non-profitable nature of business, which have resulted in many cases of collapsed businesses.

To the teeming numbers of young men and women, Nana Akufo-Addo urged them not to despair, adding that, with the right leadership and the correct policies under his government, Ghana’s dwindling fortunes can be reversed. 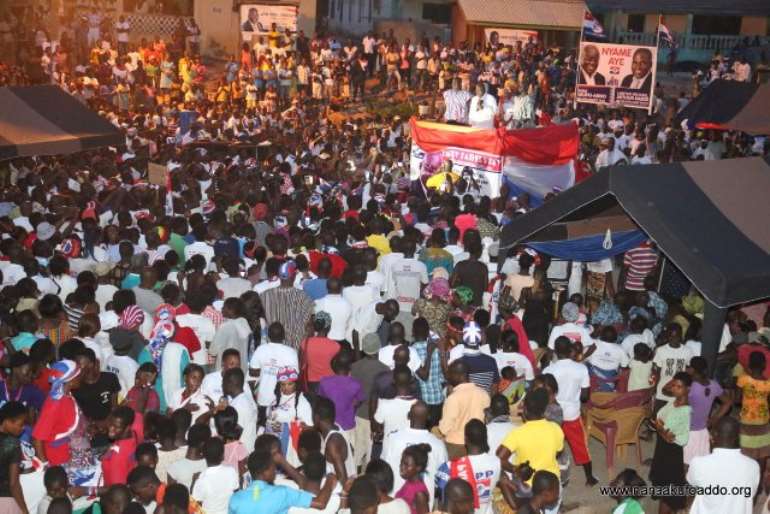 'Look up to me and the NPP. Open the door for me this year. Try me, and when you give me the opportunity, I will not disappoint you. One man has transformed the circumstances of his people, and now Cote d’Ivoire is now the envy of countries in the sub-region. I am asking Ghanaians to give me the chance to do for Ghana what Alassane Ouattara is doing for Cote d’Ivoire,' he added.

The NPP, Nana Akufo-Addo indicated, has the programmes and policies, as well as the men and women who can give this country a first class government to bring jobs, progress and prosperity to all Ghanaians.

'Have hope that when a good government is in office, they can fashion out proper policies to bring relief, wealth and prosperity to all. We are coming to fix Ghana.'

To the people of the Central Region, Nana Akufo-Addo appealed for their support in this year’s elections, urging them to vote for him in the upcoming polls.

'The Elephant is big enough to carry everyone, so we can transform Ghana and bring wealth and prosperity to all,' he charged.

They Sent 'Dante Crocodiles' To Our Area To Scarce Us — Ajum...
53 minutes ago