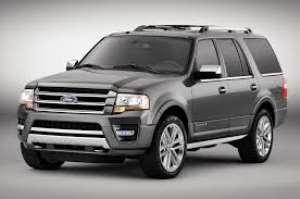 …Over Attempt At Political Equalization In Mahama's Car Gift Case

The opposition New Patriotic Party (NPP) has described comments being made by speakers for the governing National Democratic Congress (NDC), which seek to equate the Ford Expedition SUV vehicle gift from a Burkinabe contractor to President John Mahama, to the one the late Muammar Gaddafi of Libya presented to President Kufour as a cheap propaganda.

According to Nana Akomea, Communications Director of the NPP, the two scenarios are on entirely different wave lengths, because while that of President Mahama was shrouded in secrecy, that of former President Kufour was done in the open, in the full glare of the media.

Nana said; “It's a lie, because President John Agyekum Kufour did not receive any such gift. Therefore, the attempt to equalize what the president has done to what happened during the days of President Kufour is very cheap and not worthy of the effort.”

Since the news about the Ford Expedition SUV vehicle gift from Djibril Kanazoe, who has, as a result, received a number of contracts from the government, including a $650,000 deal to build a wall around Ghana's mission in Burkina Faso broke out, many people have wadded into the fray.

While the Ghana Integrity Initiative (GII) described the president's acceptance of the gift as smacking of conflict of interest, opposition Members of Parliament (MPs), including Joe Osei-Wusu and Isaac Asiamah, have also described it as “shameful”.

Denying that the gift influenced President Mahama, Communications Minister, Dr Edward Omane Boamah explained in a statement that: “The said vehicle, which was placed in the vehicle pool at the presidency as per established convention, had nothing to do with the award of the contracts.”

“President Mahama accepted a gift, he has put it to public use, he didn't hide it, it was not brought into the country under the cover of darkness, undocumented, to give to him.

“It is not that suddenly Manasseh Azure Awuni and his team woke up and discovered that this gift was given under the cover of darkness, [or] it was brought and it was registered in the name of the president, or a member of his family.

“It came in through appropriate documentation and was handed over and put as part of the vehicles for the use of the state”, he noted.

Dr Apaak continued: “It is entirely normal for presidents to accept gifts… because that is it, even in the so-called advanced democracies, David Cameron accepts gifts, Obama accepts gifts, so accepting a gift cannot be substituted for accepting a bribe.

“If we want to have a debate as a nation that our leaders should not accept a gift, that is a debate we can have, but the point I'm making is that the world over, leaders and presidents accept gifts and I gave you the example about the fact that President Kufuor accepted a fleet of Mercedes Benz cars from Gaddafi, they were given”.

Speaking in a telephone interview with The Chronicle, Nana Akomea posited that the issue at stake is a very serious one, which needs to be discussed with all the seriousness it deserves, saying when it first came up, many Ghanaians raised serious concerns about it.

“The Public Accounts Committee (PAC), two to three months down the line, has raised the issue again and now it has become a major problem, because the man at the center of this controversy became a friend of the president at the time of the contract”, Nana Akomea submitted.

He referred to a report on the presentation of the Mercedes Benz in question to President Kufour, which was carried by the Ghana News Agency (GNA) under the caption; “Libya Presents Car Gift To Ghana”.

The story read: “The Libyan government on Tuesday presented a Mercedes Benz S500 car to the Government of Ghana at a brief ceremony at the Castle, Osu, in Accra. Mohamed Gamudi, Libyan Ambassador-designate to Ghana, presented the keys of the car to President John Kufuor.

“This is a gift from your brother President Muammar Gaddafi of Libya to you for the friendship and cordial relationship between the two countries and your contribution to the African Union (AU), Gamudi said.

On his part, President Kufuor said: “I accept this special gift on behalf of the government and people of Ghana. This is a great gesture of brotherhood and friendship between both countries”. President Kufuor handed over the keys to Kwadwo Mpiani, Chief of Staff to include the car in the fleet of vehicles for the state.”

Nana Akomea argued that the gift from Libya was not shrouded in secrecy and that it was even reported by the media as captured in the above report by the GNA.

The NPP Director of Communications contended that President Mahama's acceptance of the vehicle contradicts his own Code of Ethics.

Part of the said code states; “Influence peddling is the ILLEGAL practice of using ones influence in Government,  or leverage with persons in authority, to obtain favours or preferential treatment from another, usually in return for payment (either in cash or kind).”

It goes on to state; “To avoid the creation of appearance of an obligation, gifts in cash or kind are not to be solicited or ACCEPTED FROM A COMMERCIAL ENTERPRISE or any other organisation. An exception to this would be the acceptance of a presentation made during a visit to an institution.”

Meanwhile, information reaching the paper shows that Mr. Kanazoe, President and Director-General of Groupe Kanazoe, who has confessed to sending a gift to President Mahama has pulled out of a ¢82million bid to construct a 28-kilometre road.

Alhaji Inusah Fuseini, Roads and Highways Minister told Joy FM's Super Morning Show Thursday that the Burkinabe said he is no longer interested in the deal.

Joy FM’s Manasseh Azure Awuni's investigations have revealed that the Burkinabe contractor gave the Ford Expedition to President Mahama in 2012 after he had won two contracts, which includes; the $650,000 Ghana’s mission in Burkina Faso wall and the €25.9million Dodo Pepeso-Nkwanta road construction.

The Roads Minister told Joy News that the Burkinabe contractor was being considered for the ¢82million 28-kilometre road project on the Wa-Hamile stretch because of his proximity to the area and his track record.