By Office of Nana Addo 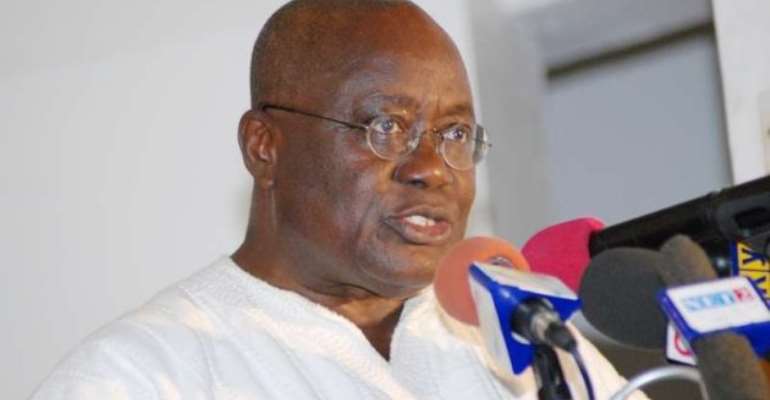 The 2016 presidential candidate of the opposition New Patriotic Party, Nana Addo Dankwa Akufo-Addo, as part of plans to industrialize and transform the Ghanaian economy, has indicated that his government plans to help establish a factory in each of the 216 districts across the country, if he wins the 2016 elections.

Nana Akufo-Addo made this announcement while touring the Ajumako/Enyan/Essiam, Mfantseman and Abura/Asebu/Kwamankese constituencies in the Central Region on Saturday, June 18, day 3 of his 5-day tour of the region.

According to him, the setting up of these factories across the country will, not only, ensure the rapid industrialization of Ghana's economy, but also, result in the creation of thousands of jobs, needed by the masses of unemployed Ghanaian youth.

It will also be recalled that, whilst touring the Volta Region, the NPP flagbearer on May 21, announced the establishment of Industrial Zones in the Ketu North and Ketu South districts, when Ghanaians vote the NPP into office.

However, for this to happen, Nana Akufo-Addo explained that Ghana's broken monetary and fiscal systems, currently presided over by the Mahama government, would have to be fixed.

He noted that the mess in which Ghana's economy finds herself is evident in the rising cost of living, skyrocketing levels of inflation, high bank lending/interest rates, and hikes in petroleum and utility prices, amongst others, which have left Ghanaians reeling from unprecedented levels of hardships and suffering.

“The only way to free ourselves from the shackles of poverty is by fixing our monetary system. If we are to do this, our monetary system must be stable and strong. This is the only way we can empower Ghanaians. We want to help the private sector to flourish, and we will help establish factories in every district to help create jobs for the people,” he said, much to the delight to the gathering, who were predominantly youth.

He assured that this policy of setting up one factory per district is doable, and urged Ghanaians not to be hoodwinked by the usual propaganda of “they can't do it” and “it is not possible.”

The NPP flagbearer recounted how President Mahama bastardised policies the NPP had rolled out both in 2008 and in 2012, only for him to turn around later to copy the policies, and only end up failing woefully to implement them.

“Two of such policies were the 'Free SHS', and the setting up of the Northern Development Authority. President Mahama told Ghanaians that these two policies were not possible, only for him to win power and try to implement them, albeit in total implementation failure”, he explained

No discrimination
Nana Akufo-Addo assured the people of the Central Region that he is coming to do a job for all Ghanaians, in every part of the country, stressing that under President Kufuor's administration, no part of the country was neglected, and his government will not discriminate either.

Pointing to the discrimination in the mass cocoa spraying exercise and the partisan nature of the distribution of cocoa seedlings under the Mahama government, the NPP flagbearer was therefore not surprised that Ghana could barely achieve an output of 700,000 metric tonnes of cocoa, whereas Cote d'Ivoire bagged 1.5 million metric tonnes in the same 2014/2015 crop season.

“Ghana, a country once described as the Gold Coast, is poverty-ridden. It is bad governance that makes us poor. We can put in place policies to create jobs, and bring relief to farmers, traders and business owners,” he added.

He urged the Central Region to have faith in the ability of Ghana to provide the needs of its citizens, adding that “good times can come to Ghana, and good times will come to Ghana.”

I'm not into politics of deception
Nana Addo noted that, “I am into politics to use the knowledge God has given me to help transform the fortunes of our country. I want you to give me a try this year. Trust me, and I assure you that I will not disappoint you” he said.

The NPP flagbearer noted that he is not into politics of deception, as the NPP has proven time and over to possess the policies and programmes needed to move this country forward.

He therefore appealed for the support of the Central Region in this year's elections, further assuring that his government will reduce electricity and utility tariffs, restore the teacher training and nursing allowances, and also implement the Free SHS policy to cover all students, both day and boarding.