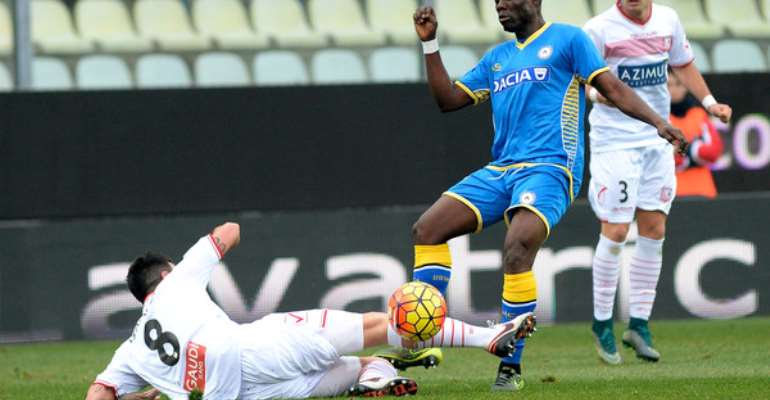 Ghana international Emmanuel Agyemang-Badu has revealed he was on the verge of completing a move to English Premier League side Stoke City last season.

But his agent, Papa Agyemang, failed to come to terms with the Staffordshire-based club, according to the players.

The Potters were reportedly close to landing the workaholic midfield from Italian side Udinese and the 2014 Ghana star FIFA World Cup travelled to England to complete talks.

But the move hit the snag.
And, he has shed more light on what went wrong in the negotiations: "Yes it is true I had an offer from Stoke, I was close to joining the club but the agent could not reach an agreement with the Club in the last minute."

In an exclusive interview with Accra-based Starr FM he confesses his biggest dream is to play in the English Premier League one day.

"Yes is every player's dream to play in a big League like the EPL, so I will like to play in the English Premier League. I am also hoping to play for one of the top Club in Italy, but for now we can't tell, let's just wait and see what happens."

Badu has been linked with a move to Serie A side Fiorentina but Swansea City are also reportedly interested in his signature alongside Watford.