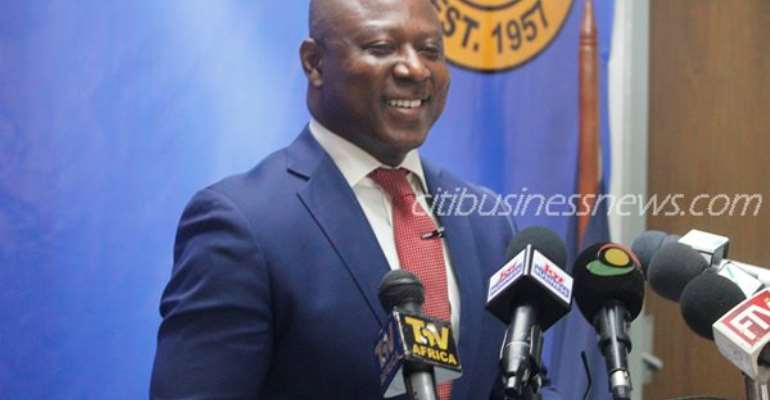 The Deputy Group CEO of Ideal Finance Holdings, Mr. Charles Arkuh has appealed to the Bank of Ghana (BoG) to include the Non-Bank Financial Institutions (NBFI) in its process of strengthening mobile financial activities in the country.

Some stakeholders in the financial sector, including the Managing Director of CAL Bank, Mr. Frank Adu  in recent times have called for clear guidelines from regulators to streamline the activities of telcos engaged in mobile finance.

The Member of Parliament for New Juaben South constituency, Dr. Mark Assibey Yeboah has also expressed some concerns over the activities, indicating that he will pursue the issue through the legislature for the central bank to amend the regulations on mobile money transactions for comprehensive policy.

The  BoG and the Ministry of Finance have also stated that, there are ongoing deliberations which will be published soon.

But speaking to Citi Business News in an interview, Mr. Arkuh was of the view that even though the immediate beneficiaries are the banks, it is imperative for the central bank to include Non-Bank Financial Institutions to make the implementation of an amended regulation effective.

“I will say that the BoG must include all stakeholders in the financial sector. Mobile financing is a good think and I support it. But we need to support the BoG to come out with a framework because the volume of money that goes through that channel is important,” he said.

According to him, engaging all stakeholders in the financial sector will provide a holistic approach on how an amended guideline can be effectively implemented.

He maintained that with the type of products outdoored by the telcos an amended regulation will not only serve the interests of financial institutions but will enhance financial inclusion and protect the Ghanaian consumer.

Mobile money transaction
For the third year running, the value of Mobile Money transactions a substantial jump — from GH¢2.4billion as at 2013 to about GH¢11.6billion in 2014.

When put into perspective, the value of mobile money transactions is more than a third of the total deposit liabilities of the 28 banks in Ghana as at the end of 2015.

Currently, only three of the six mobile telcos — MTN, Airtel and Tigo– are involved in the mobile money business, which has grown from a transaction value of GH¢171million in 2012 to the multi-billion cedi sector.