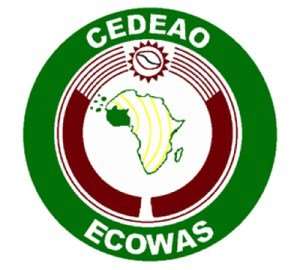 By Ken Sackey, GNA
Accra, June 17, GNA - The ECOWAS Community Court, has ordered Ghana to pay $ 250,000 in compensation to the family of Augustine Chukwuebuka Ogukwe, 15, a Nigerian Student, who died in a swimming incident on October 2013 in Ghana.

The Court said that the compensation is for the failure of the Ghana's police to carry out a proper investigation into the death of the student thereby failing in its obligation to protect and defend all persons within its territory.

According to a release from the ECOWAS Commission in Abuja, Nigeria, Mr Obioma Ogukwe, father of the deceased had brought an action in which he alleged that he was given an autopsy report issued by the Ghana Police Hospital without his consent or knowledge, which revealed that the basic cause of death was drowning while the direct cause was asphyxia by submersion.

Led in evidence by Femi Adedeji, the plaintiff also alleged that the physical appearance, contrary to the Autopsy report, showed evidence of torture on the body and the wounds on his face and sides, which he said were evidence of beating, torture, and gruesome murder.

The suit filed in February 2014, the plaintiff claimed that Ghana neither took steps to investigate the matter nor to set up a Coroner Inquest to unravel the mystery surrounding the death of the deceased and prosecute any person found culpable in violation of the country's obligations under international human rights instruments.

Consequently, Mr. Adedeji submitted that the right to life of the plaintiff's son had been violated by the State.

But Counsel to the Defendant, Mrs Dorothy Afriyie-Ansah submitted that 'given the peculiar circumstances of the death of Master Austine Ogukwe where no finger prints could be taken, nobody saw how it happened and the tip off was from an unknown informant, no arrest could have been effected'.

She refuted the claims that the State failed or refused to investigate the matter and to conduct a coroner's inquest to unravel the strange occurrence, but that a report of full scale investigation had been submitted to the office of the Attorney General for advice.

She then contended that the plaintiff was not entitled to his claim for compensation for a death caused by drowning and not unlawful causes.

Mr Justice Micah Wilkins Wright, delivering judgment, acknowledged that though the defendant may not be liable for acts of private institutions operating in its territory, the State has a duty to protect all persons in its territory and to properly investigate or institute an inquiry and punish all acts of violence and violations committed in its territory.

The judges also noted the defendant's failure to provide evidence in support of its argument, including the documentation of the crime scene, to explain the marks on the body of the deceased, which could have been as a result of several factors.

The late Augustine, who was until the tragedy a Student of Ideal College, Tema near the country's capital was said to have died during a jogging exercise involving 45 other students who later went swimming.

Also on the panel were Justices Friday Chijioke Nwoke and Alioune Sall.