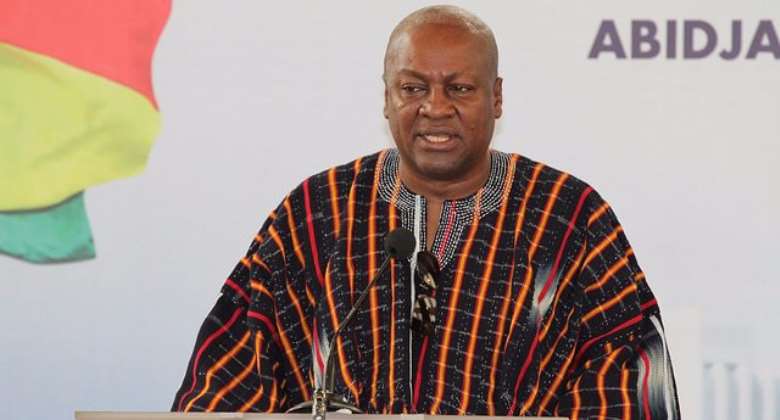 A political scientist has waded into the debate about a Ford Expedition gift given to President Mahama by a Burkinabe contractor saying it is a “very big issue.”

Dr Theophilus Richardson believes the gift might have influenced some government decisions concerning road contracts in the country.

The investigation further disclosed Kanazoe was the contractor behind the controversial 650, 000 dollars Ghana Embassy wall in Burkina Faso which was flagged by Parliament’s Public Account Committee (PAC).

He is also the only African awarded part of the high budget road project in Ghana, the Eastern Corridor Road Project. There was information that he was being considered for the 82 million road project at Hamile, but the sector minister, Inusah Fuseini has disclosed on Joy FM’s Super Morning Show that Kanazoe has pulled out.

Speaking on the MultiTV’s news analysis programme, PM EXPRESS, on June 15, Dr Richardson said the issue could cost the Mahama his position.

“This is an issue that relates to corruption as an aspect or a link between governance,” he said.

He wondered why the Ghanaian politician is so much obsessed with cars.

“President Mahama gave cars to some chiefs when we are too close to the election,” he said adding things are not right in the country.

Anti-corruption campaigner, Linda Kwarfo, could not bring herself to understand a public servant; the level of the President will accept a gift of this kind.

She, however, noted the fact that receiving of gifts has been extensively explained in some national documents “doesn’t mean the President cannot receive a gift.”

“But if you look at the guidelines as far back as 2006 and the President’s own code of conduct, the issue of the gift has been provided for and the fact that the gift has the capacity to influence a public official,” she added.