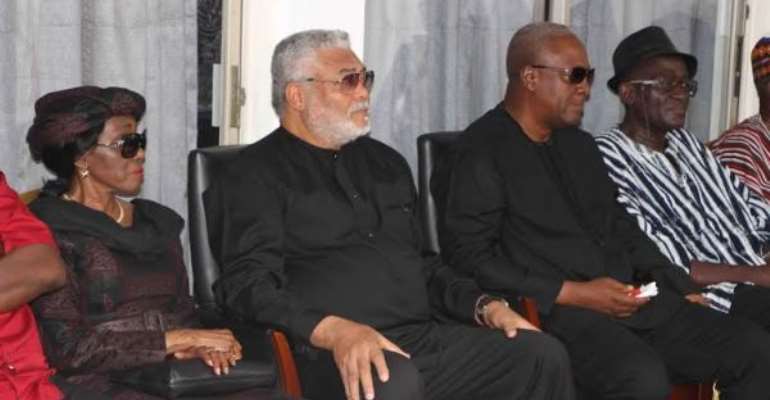 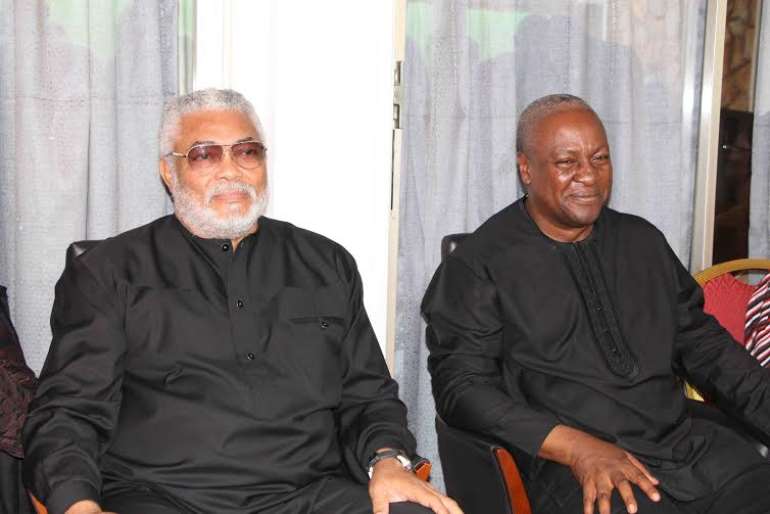 The former President and his wife were accompanied by a large delegation which included their daughter and NDC Parliamentary candidate for Korle Klottey, Dr. Zanetor Agyeman-Rawlings, cousins Michael Agbotui Soussoudis, Cann-Tamakloe and John Blagogee and a host of others.

They joined the President and his family for a short Islamic ceremony at their family residence in Accra to bid farewell to Hajia Nneba who passed away at the SSNIT Hospital on Tuesday. 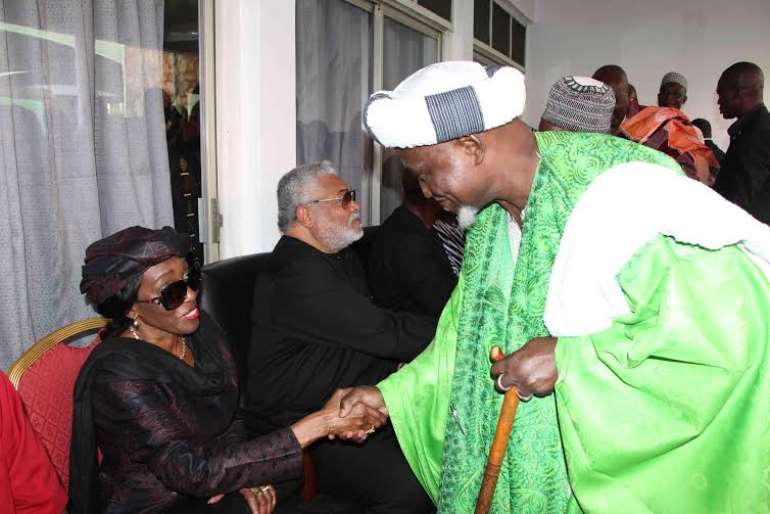 The ceremony which was presided over by National Chief Imam, Sheik Nuhu Sharabutu, was attended by government officials, leading members of the NDC, NPP and other opposition parties as well as scores of sympathisers and party supporters. 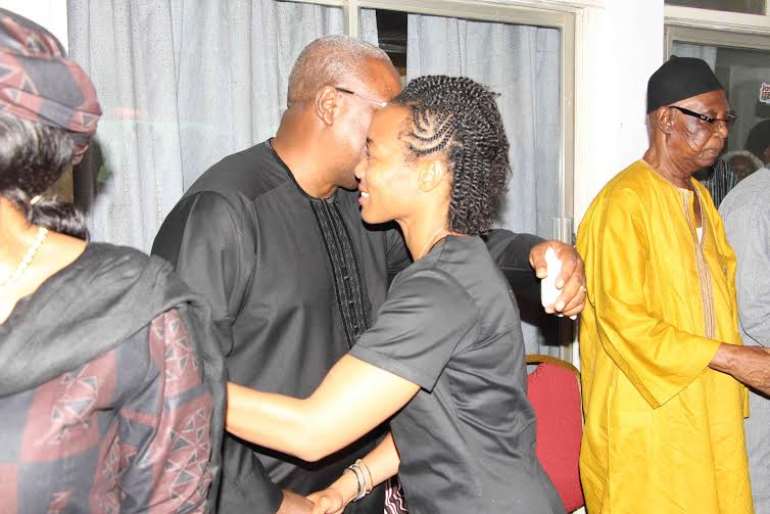 Earlier on Thursday morning, the former President called on President Mahama at his official residence to privately extend his sympathies to him. 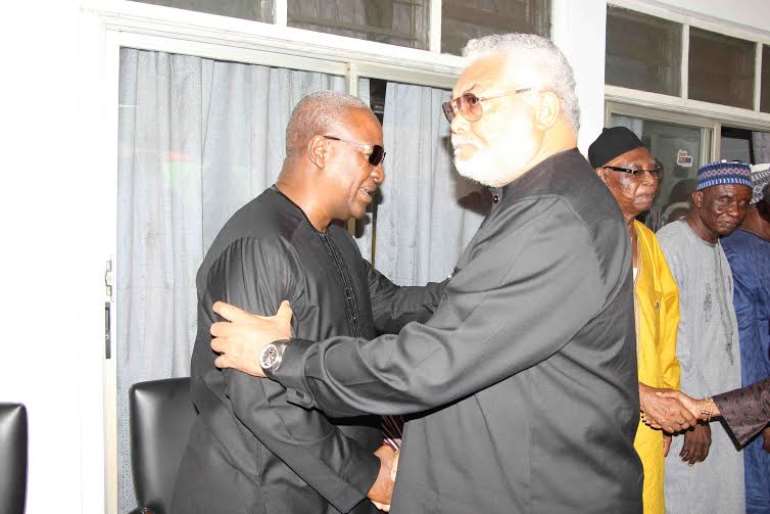 Ex-President Rawlings was accompanied by his daughters Zanetor, Yaa Asantewaa and Amina. 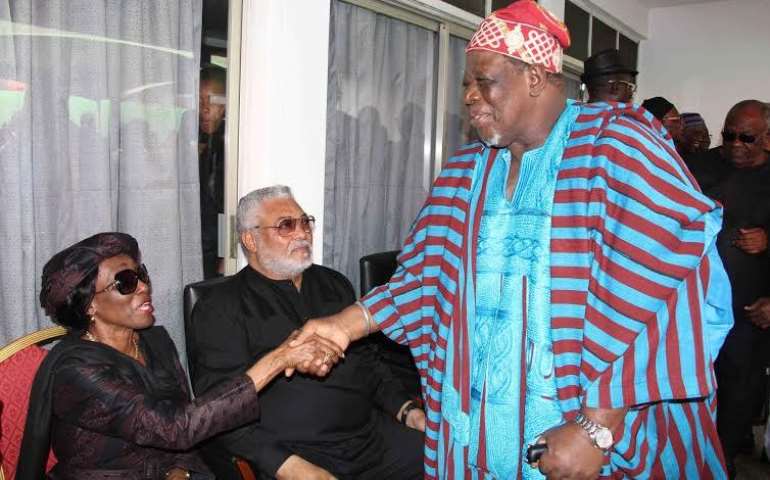 Hajia Nneba will be buried at her hometown Busunu in the West Gonja District on Friday. 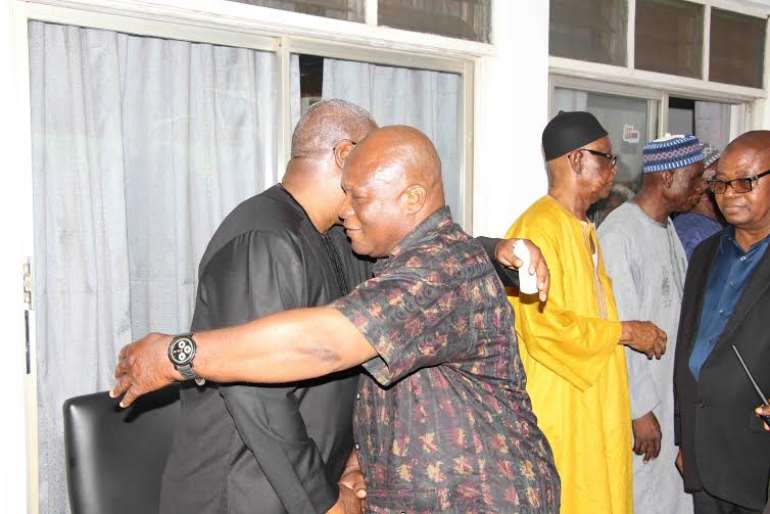 –
By: citifmonline.com [with additional files and photos from Office of Rawlings]