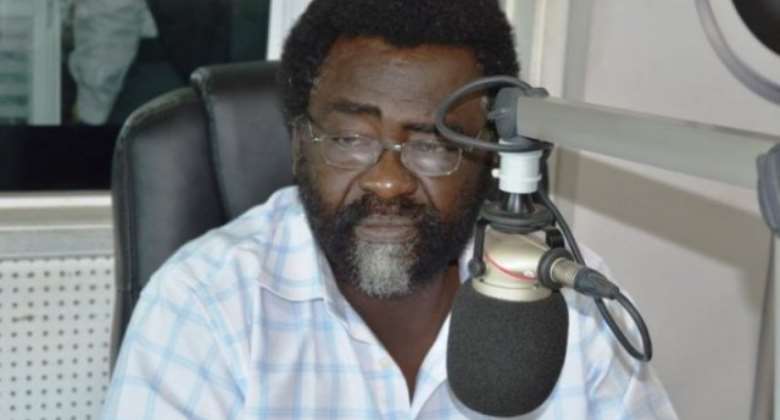 The controversial Ford Expedition gift offered President John Mahama by a Burkinabe contractor should be grounds for his impeachment, hopes Dr Richard Amoako Baah, a lecturer in political science at the Kwame Nkrumah University of Science and Technology (KNUST).

The present was given to Mr Mahama by Mr Djibril Kanazoe, according to investigations done by Joy FM’s Manasseh Azure Awuni. The Burkinabe was, in turn, given a series of contracts by the Government of Ghana, including a $650,000 deal to fence a tract of land around Ghana’s mission in Burkina Faso, after he had parted with the SUV to the Ghanaian president.

But the government, in a press statement signed by Communications Minister Dr Edward Omane Boamah Wednesday June 15, denied any underhand dealings necessitating the gift, saying the car in question had been put at the disposal of the state, and not for the president’s use.

But the outspoken academic was not convinced with the official explanation.

“It is not a good thing; it’s left me sad the whole day. I am sad because he is the leader, who preaches against corruption. But he himself has allowed himself to be corrupted because the explanations given…do not wash. We have laws in this country about gifts: GHS200 that’s it. Once it is more than that, he should expect that it is not appropriate, that is conflict of interest,” Dr Amoako Baah said on Accra100.5FM News in an interview with Nana Agyen Barima on Wednesday June 15.

“And if I may ask, did the man bring him the car because he looked handsome or he was his boyfriend or what? It’s because: ‘You have helped me and I am happy and I am offering it to you’. Because of that thing he has done, next time, the president has taken a motive, he will offer him another one. This guy has got several contracts.”

Dr Amoako Baah had said the decision to employ sole-sourcing, rather than putting the contract to tender, awarding the contract to a foreigner when many local contractors had their ventures collapsing due to non-payment of debts owed them from executing contracts for government, as well as the cost of the fencing, raised questions.

He said the argument that Mr Mahama accepted the automobile gift on behalf of the state was “even worse” and created a perception that Ghanaians were “stupid”, because if after being awarded a contract and upon completion the person buys a car for the president, it is only a bait for more contracts.

To buttress his point about the immorality of accepting the car gift, Dr Amoako Baah alluded to a case in Australia involving former North South Wales (NSW) Prime Minister Barry O’Farrell, who was forced to resign in April 2014, after a corruption inquiry had established that he had accepted a bottle of old wine worth $3,000 from a company, as gift, for his electoral victory in 2011.

“Can’t the government of Ghana buy its own car? Which car does President Mahama desire that he cannot buy? Even when he was vice president, was he not using a Land Cruiser? Is a Land Cruiser not costlier than a Ford Expedition? What is going on here? I hope they impeach him, I hope they do… enough is enough. This is not acceptable”.

He admitted, though, that Mr Mahama’s impeachment was unlikely given that the president’s party, the NDC, had majority representation in the legislature. “But a time comes when you have to do that to show it is not acceptable, so you put other people on notice, so that they do not do that too,” he expressed. “But now, if you, the president, have done this, how do you tell an appointee, who has done same that you have sacked him? That is why he cannot sack anyone [from his government].”