Schools closed down in solidarity with assaulted teacher 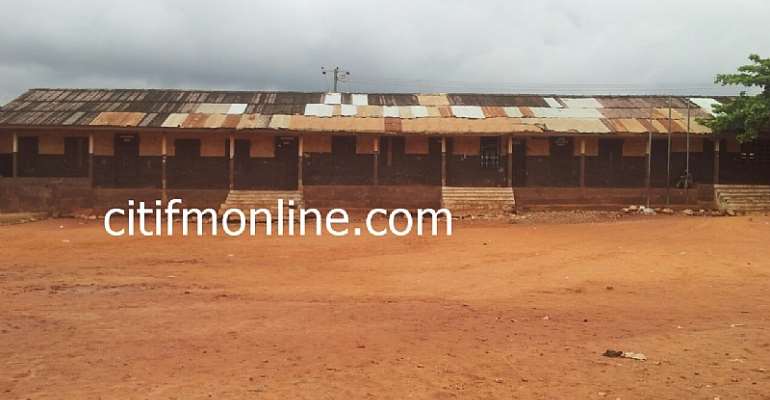 One week after the alleged assault of a school teacher at the St. John's Primary 1&2 school at Accra Newtown, the school has been closed down temporarily.

A video footage, which went viral on social media, shows a group of young men assaulting a female teacher for punishing a pupil in her class. According to some teachers of the school, the pupil was asked by a female teacher to kneel in front of the class after she failed to read a lesson in class.

The incident compelled the Ghana National Association of Teachers (GNAT), to demand the closure of the school and all surrounding government schools, until the perpetrators are brought to book.

Citi News' checks in the area revealed that the school is currently under lock and key. Meanwhile, most of the teachers in the surrounding schools have boycotted classes in solidarity with their colleagues in the school.

A member of the Ghana National Association of Teachers (GNAT), who also happens to be a teacher in one of the government schools, Benjamin Bediako, told Citi News that they will not rescind their decision until the men are arrested.

“This is the first time I have heard of a pupil going out to call thugs to come and beat a teacher in the school. This is just barbaric and we can't sit down and say nothing. For the sake of the children, GNAT asked the school to be closed to keep both teachers and pupils safe.” 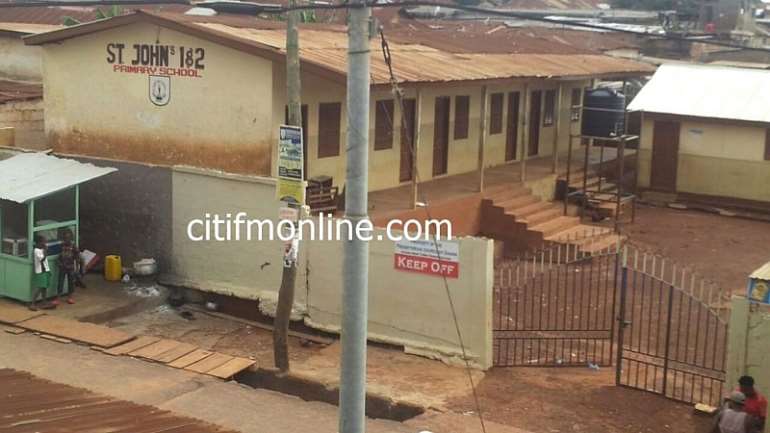 A parent who sounded emotional about the closure of the school said “It is very unfair for the pupils to be at home while others study. The teachers are saying they want the culprits arrested before they can go back to school. As it stands now, we don't even know when the school will be opened.”

Meanwhile, a visit to the Kwame Nkrumah Memorial School which is about 500metres from the St John's School, revealed how students were idling about in the classrooms and compound with no teaching and learning activities taking place.

One of the teachers who spoke to Citi News on condition of anonymity, said the school now closes at 12:00 noon instead of the usual 3:00pm because they cannot compromise on their safety.

“We report to school alright; but we do not teach the students. Today it is school A, tomorrow it might be school B. The boys who committed the act may decide to come back and do the same thing when they are not arrested. But that is not fair. We don't leave in the jungle. No one can take the law into their hands and just walk freely. Until the police arrests them, school activities cannot be back to normal.”

Meanwhile the Nima Police Command where the case has been reported, is still carrying out investigations. Crime Officer, Williams Daah, told Citi News his men are still on the grounds to bring the culprits to book. He however noted that they are yet to see the video footage.

“We don't need the video to make arrests. Investigations are ongoing. Those in the area are helping us to identify the boys and we will come out with details whenever we have any information.” 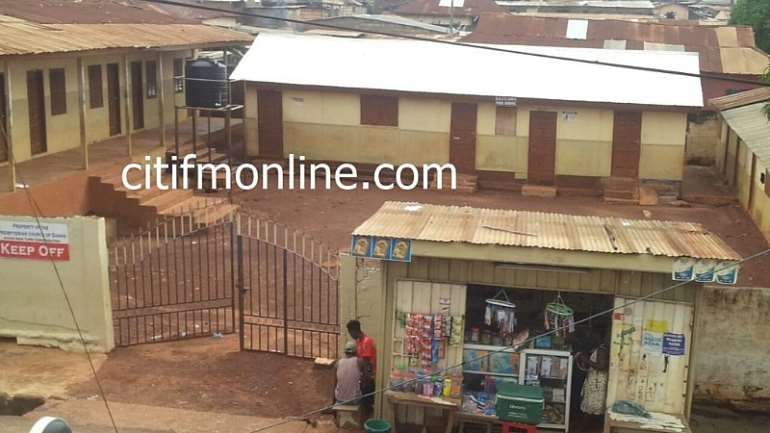 The Ghana Education service (GES), is yet to officially comment on the issue. But Public Relations Officer for the GES, Reverend Jonathan Bettey, has said they are waiting for an official report from the metropolitan director before they can take any legal action.

“As much as we condemn the incident, I think we will need to study it and know what exactly sparked it. We are yet to receive a formal complaint from the metro director then we can take any legal action. Meanwhile we believe the police are also handling it.”