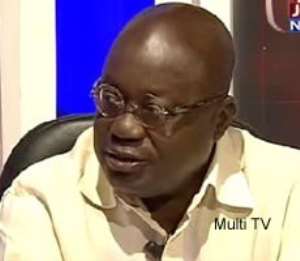 The Progressive Peoples Party (PPP) has welcomed the resolve of the flagbearer of the opposition New Patriotic Party (NPP) to ensure the election of Metropolitan, Municipal and District Chief Executives (MMDCEs) if elected President after the November polls.

Nana Akufo-Addo while addressing a business forum in the United Kingdom said it’s about time MMDCEs become accountable to the people hence must be elected by Ghanaians.

“The time has come to bring accountability to local government through competitive politics. Election of DCEs at the local level can no longer be delayed. This is going to give a great boost to local initiatives and local self-reliance.”

Based on this backdrop, the PPP which has been an advocate of the election of MMDCEs in a statement said the position taken by the NPP flagbearer is a step in the right direction.

The Progressive People’s Party has learnt that the flag bearer of the opposition New Patriotic Party (NPP) has indicated his full support for the call to elect our Metropolitan, Municipal and District Chief Executives.

According to media reports, Nana Akufo Addo is quoted to have said in United Kingdom that “The time has come to bring accountability to local government through competitive politics. Election of DCEs at the local level can no longer be delayed. This is going to give a great boost to local initiatives and local self-reliance”

The PPP welcomes Nana Addo’s late jump unto the band wagon. The PPP has been at the fore front of this national crusade to amend the 1992 Constitution to make it possible for all MMDCEs to be elected by universal adult suffrage to bring accountability and development to the local level. The PPP has, together with other stakeholders, has made representations on this matter to the Constitutional Review Implementation Committee, theCouncil of State, the Parliament of the Republic of Ghana and to the President, His Excellency John Mahama. As, it is the case in all matters, the decision by Nana Addo is better late than never.

We wish Nana Akufo Addo well in his endeavours and thank him for his support in this crusade but we expect that he will continue to support the PPP to bring this change to the people of Ghana when the PPP is given the mandate from January, 2017.

We are also aware that Nana Akufo Addo has promised to appoint an Independent State Prosecutor to tackle corruption effectively. We wish to invite Nana Addo to give serious consideration to the other eight items on our ten (10) point agenda since the PPP has become a new source of inspiration for the NPP’s policy direction.

We expect Nana Addo to support the policy of free and compulsory education from kindergarten to senior high school for every Ghanaian child so that we can give real hope and a guaranteed future through a truly comprehensive education policy such as the one being championed by the Progressive People’s Party.

The PPP’s bright red sun is indeed shining on all of Ghana and we encourage all Ghanaians to give us their support and votes in the 2016 elections so that we can bring real transformation to our country.

What Will The Publication Of 260-Page Cocoa Road Audit Repor...
27 minutes ago