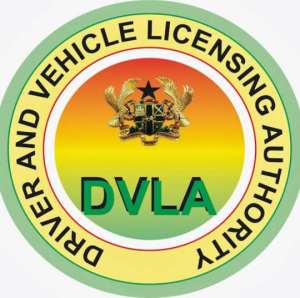 By Isaac Arkoh, GNA
Assin-Fosu (C/R), June 14, GNA - The Driver and Vehicle Licensing Authority (DVLA) has inaugurated a satellite office in Assin-Fosu as part of a move to bring its services closer to clients.

It would carry out vehicle inspection, issue road worthy certificate and driver licenses to applicants in the Assin Central Municipality and other adjoining districts.

Mr. Emmanuel Klugah, the Central Regional Manager of the Authority, opening it, said this formed part of steps taken to decentralize their operation to promote quality customer service.

He pointed out that the new office would help to significantly reduce the pressure on their facilities in Cape Coast and Winneba.

The DVLA, he said was determined to uphold best practices to ensure road safety and reminded drivers to observe traffic regulations.

'Drivers must comply with speed limits, avoid driving when tired, check the tyre pressure and to regularly maintain their vehicles.'

Dr. Kofi Blankson, the Municipal Chief Executive (MCE), welcomed the inauguration of the office and said it was a huge relief to the people.

He asked the Authority to act boldly to end the activities of middlemen, popularly referred to as 'Goro Boys'.