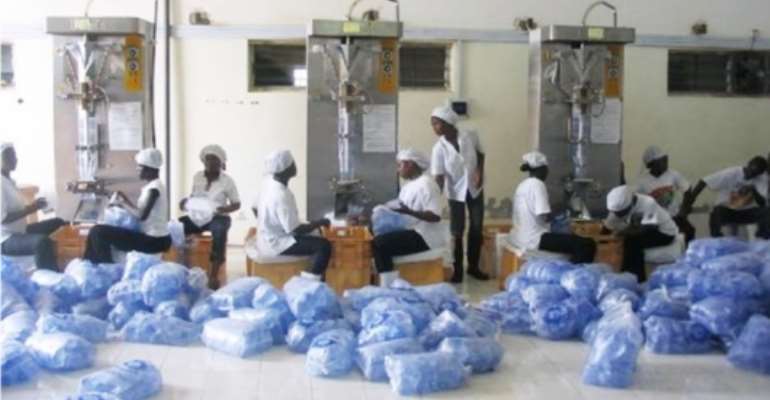 The Food and Drugs Authority (FDA) in the Central Region, has arrested the owner of Linko Enterprise, based at Assin Fosu, for producing and distributing three brands of sachet water without license.

Briefing the Ghana News Agency (GNA) over the weekend, Mr. Kwame Nsiah-Poku, the FDA Regional Head, said Amoah reported himself to the FDA later on Monday, June 6, leading to his arrest and handing over to the Police.

He said from the inscriptions on the sachets, “BLESSEMM” was supposedly produced by Blessing and Emmanuel Enterprise in Sefwi Akotombra in the Western Region, while “HAMDALLAH” was manufactured by Zakama Iddrisu Enterprise at Wa, in Upper West Region.

The third brand, “Eau Naafa Koudougou Aymeroz”, which had all the information and label in French, was made in Burkina Faso .

Mr. Nsiah-Poku said Amoah alleged that he was supplied with the sachets by a certain DBS company in Kumasi, and he used it to produce the water at his base.

The Police had started investigations to ascertain the truth and bring to book all of Amoah’s accomplices to safeguard public health.

The FDA, Mr. Nsiah-Poku said, had not been given licenses for the production of the three brands and could not guarantee their safety and quality.

He noted that even if Amoah had the authorisation from the supposed companies to produce them in the Region, FDA had not licensed his premises for the production.

Amoah picked up a form at the FDA's office in 2011 to produce “Linko Drinking Water” but he never completed the process according to the FDA.

However, he was often found to be in possession of several brands of unlicensed water, which the FDA disposed off.