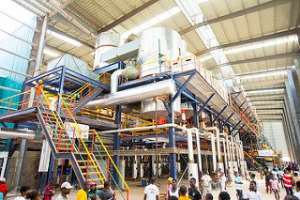 The Komenda Sugar factory has reportedly received a lot of orders for processed sugar as managers work to banish skepticism surrounding the economic viability of the project.

Media visits to the factory have been necessitated by conflicting reports about the factory’s operations since President John Mahama commissioned it last month.

The Minority in Parliament at a press conference revealed that the facility was shut down two days after it was commissioned.

The NPP MPs also maintained that the plant’s economic viability was not well thought through because the factory does not have a guaranteed supply of raw materials.

Deputy Agriculture Minister, Dr. Ahmed Alhassan Yakubu, confirmed the shut down on Joy FM/Multi TV’s Newsfile and explained this was because sugar farming has entered its lean season.

The Central Regional Minister, Kweku Rickets Hagan told Joy News the plant was working but could be shut down for maintenance. The factory’s management has come out to clarify that it has not shut down.

Reporting from Komenda in the Central Region, Captain Smart was impressed with operations of the $35million factory.

Sugar was first expected last week. But according to the Adom FM presenter, the first cake of sugar is certain by Friday 16, June. 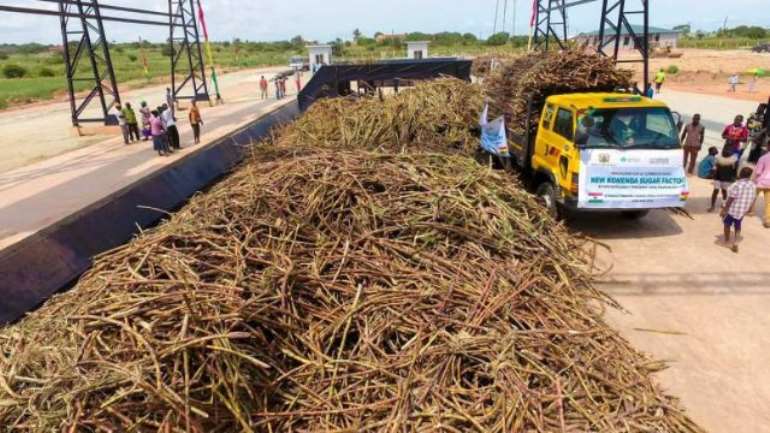 He testified seeing a ‘huge mountain of sugarcane’ and expressed concern that it could take a long time to process the raw material.

But ‘within about 15 minutes, about a quarter was crashed’ he said.

Captain Smart claimed that farmers are paid in advance before they transport the sugar to the factory. He claimed that a farmer had brought in about 85 tonnes of sugarcane for processing while he toured the facility.

Speaking to the security of raw materials and the factory’s potential for job creation, the Adom FM Morning Show host reported, the management explained to him that at least 1,080 outgrowers have been registered to supply the facility with sugar cane.

Another 1,000 harvesters have been registered to go into the farms to help with harvesting, he said after talking to management.

According to Captain Smart, he saw a 32-acre sugar cane plantation owned by the company near the factory. The management is eyeing cultivating 180 acres as part of its plans to generate 40% of the raw materials needed, Captain Smart said he found out from the factory’s General Manager, Raul.

With 18 Ghanaian engineers working with the factory and hundreds of farmers and farm hands, the Komenda Sugar Factory has at least 1,109 employees, according to 'Captain Smart's findings. The president has predicted the company will create 7,000 jobs.

The company also generates its own power from by-products of sugarcane. It also has a 100kva generator on stand-by. In effect, the Komenda Sugar Factory will not rely on the national grid for power, Captain Smart was told.

The factory, built by Ghana’s first president Kwame Nkrumah in the 1960s went out of operation in the 1980s and was liquidated in 1995.

But revamping it after a 30-year shut down, President John Mahama said he had resurrected Dr. Kwame Nkrumah’s dream of an industrialized Ghanaian economy.