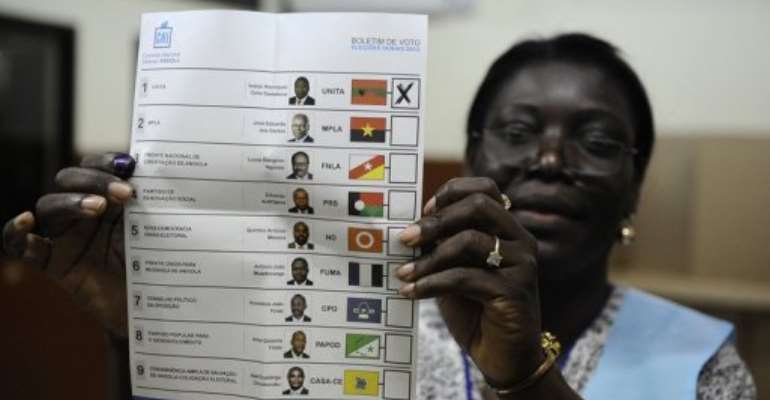 Information picked up by the Daily Statesman suggests that the election calendar is in grave danger of being derailed as political party agents prepare to challenge an estimated one million suspicious identifiable names on the electoral roll during the exhibition period.

What the Commission is, however, not doing is to make validation compulsory. This means that dead people and other illegal entries, including non-nationals, may remain on the register unless party agents and citizens exercise their right to raise objections at the exhibition stage.

The Daily Statesman can report that political parties, particularly the New Patriotic Party, have printed copies of polling station registers for their agents, who are meticulously going through the list to identify dead people, minors and foreigners. The intention is to challenge, in accordance with the law, every single suspicious name identified during the exhibition period.

One worried observer has described it as “a nightmare that could create a huge mess and avoidable gridlock with the electoral process.”

The NPP already has a list of over 80,000 people on the register who are also on the register of the Republic of Togo. The party intends to challenge every single one of them as foreign nationals who are unlawfully on Ghana’s list.

It is for those challenged to come forward before a district magistrate to prove that they are indeed entitled to be on Ghana’s register. Those who fail to show up would have their names deleted.

Also, an estimated number of 600,000 people on the register of 15.99 million are thought to be dead. Party agents in the communities can easily identify such people.

Once an objection is raised, the exhibition officer has no choice but to flag the name and provide the challenge forms to be filled for the magistrate to determine the case on the face of the evidence that can be provided during adjudication.

According to the Public Elections (Registration of Voters) Regulations, 2016 (CI 91), specifically Regulation 23(2)(c), any Ghanaian “entitled to be registered as a voter may object” to “a person whose name appears in the provisional register of voters on the ground that the person is not qualified as a voter.”

With the Charlotte-Osei-led Commission seemingly determined not to undertake mandatory validation during the exhibition exercise, as suggested in the EC Panel Report on the voters’ register, political parties have taken it upon themselves to challenge every single suspicious name on the list.

The trouble here is that the challenge process is such that every single case of objection should go before a district magistrate for adjudication.

This process is expected to begin in the early part of August, and with hundreds of thousands of challenges anticipated, this could seriously affect the EC calendar and throw up a big mess.

According to Nana Attobrah of the Danquah Institute, “this whole anticipated mess can be easily avoided if the EC does what the Commissioners know to be the only viable option available to the EC to give true meaning to the landmark decision of the court.”

One month after the Supreme Court ruled that the EC deletes the names of the estimated four million people who registered in 2012 using the National Health Insurance Card and give them the opportunity to register after establishing eligibility, the EC, according to our checks, has made no practical moves to comply with the court order.

Hints picked up by the Daily Statesman suggest that Abu Ramadan and Evans Nimako, the plaintiffs in the case against the NHIS cardholders on the electoral roll, are preparing to go back to the Supreme Court today to seek clarification and direction from the apex court.

The Supreme Court held on May 5, 2016 that: (a) “That the Electoral Commission takes steps immediately to delete or as is popularly known ‘clean” the current register of voters to comply with the provisions of the 1992 Constitution, and applicable laws of Ghana; (b) “That any person whose name is deleted from the register of voters by the Electoral Commission pursuant to order (a) above be given the opportunity to register under the law."

The court also directed that the names of dead people on the register should also be deleted.

According to the Executive Director of DI, “The EC can so easily achieve the twin order of delete and re-register by simply making validation during exhibition mandatory. Validation allows the EC to get every voter to show up at the polling station during exhibition to have their inclusion validated biometrically, and by showing an ID acceptable to CI 91.

“Once that happens, the Commission does not need to delete and re-register those who show up and go through the validation process successfully. So you must ask yourselves, why this strong resistance by the EC to validation?”

Remarkably, the EC is deploying biometric verification devices at all exhibition centres. It gives the following reasons: “To get people who check on their names to be verified during exhibition, this apart from authenticating the voters, would also reduce the incidents of false verification and improve efficiency of BVDs on election day.”

However, this exercise will only be useful if it is supported by law, which compels every registered voter to show up to be verified or validated in order to be added to the active list for the 2016 polls.