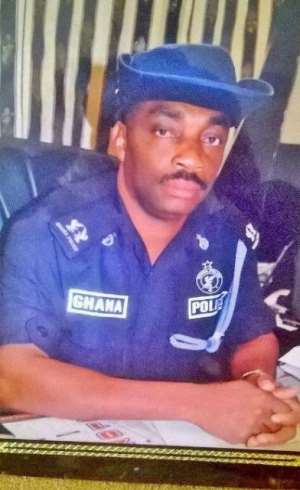 Adentan (GAR), June 9, GNA - Chief Superintendent Martin Ayiih, the Adentan Divisional Police Commander, has expressed the need for all communities within the municipality to join meaningful social media platforms to discuss and highlight their security concerns.

He said it is the responsibility of the Police to patrol the communities but as a result of the limited capacity of the Service, 'we would urge all communities to form watch groups on social media platforms like 'whatsapp' and 'facebook''.

Speaking to the Ghana News Agency after a tour of some housing estates around Oyibi, Chief Superintendent Ayiih said by participating in the social media platform, members of the community and the police would be kept abreast of current security developments in the area.

He urged the public to keep an eye on their properties as the incidence of robbery keeps mounting.

Chief Superintendent Ayiih said a cursory look at the various robbery details suggests that the robbers must have had prior knowledge of what was available in the victim's house, hence the need for vigilance by all in the community.

He said 'much as we need to be careful of the people we talk to concerning our possessions, we might also need police protection when conveying large sums of money'.

Chief Superintendent Ayiih said though it is the role of the Roads and Highways Authority to create and maintain roads within communities, members of the communities should ensure that their roads are well kept for effective police patrol.

The patrol, which is a routine of the Divisional Command, is being undertaken in all the four districts of the command and these are: Ayi Mensah, Oyibi, Adenta and Lakeside.