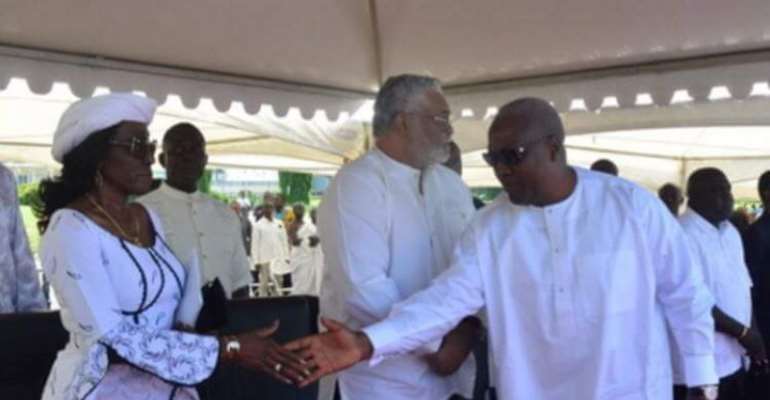 President John Mahama exchanging pleasantries with Konadu Rawlings. (beside them is Mr Rawlings)

According to her, the current NDC government is the most corrupt in the history of Ghana.

Speaking to Fiifi Banson on Kasapa FM Thursday, the former first vice chair of the ruling party said the government has performed poorly in areas of governance, economy and fight against corruption.

“They are not fighting corruption at all. In fact, they are the epitome of corruption. Their type is unprecedented in the history of this country. It is a level of corruption never seen before in this country,” Mrs Rawlings who has been an avowed critic of the administration fumed.

She added that the Mahama government has reversed the gains that Ghana made under the leadership of her husband Jerry John Rawlings.

Commenting on her political party, the NDP, the 31st December Womens' Movement founder said the party may not be able to contest the entire 275 parliamentary seats in the 2016 elections.