Increasing Use Of Incendiary Language As Election 2016 Approaches 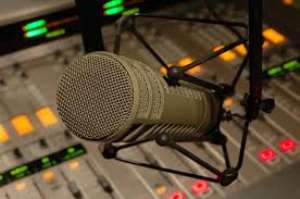 As we inch towards Election 2016, political ‘galamseyers’ (apologies to Atuguba JSC) have started heightening the atmosphere with their misguided and unguarded utterances. Some have even vowed to usurp the powers and responsibilities of constitutionally mandated bodies to satisfy their political interest.

Over the past one or two months, the political ambience has been poisoned with all kinds of utterances which do not augur well for peace and stability. Some ‘galamsyers’ with loose tongues have whipped up tribal and religious sentiments in their vain attempts to either capture or retain political power. Some have promised an Armageddon on the election day (I am not even sure whether it is November 7 or December 7). Only time will tell.

The National Peace Council, Christian Council of Ghana, Ghana Catholic Bishops Conference, Pentecostal and Charismatic Council among others watch on while these incendiary utterances inundate our airwaves on daily basis. These same institutions which have gone comatose now will wake up with some weeks to the general elections to disturb our tympanic membranes with messages of peace and how we should pray for peaceful general elections.

Recent happenings in our political or national discourse leave much to worry. There is no modicum of decorum on the various platforms on which such discourse take place. Casting of innuendoes, insinuations and direct insults has taken centre stage in our political discourse; be it in the traditional or mainstream media—print and electronic or in the social media much to the neglect of the issues that should rather be engaging our attention.

This unfortunate development has gained notoriety in the mainstream media since the regulators of the media, the National Media Commission (NMC), is a toothless bull dog that only barks but seldom bites. The various social media platforms are equally awash with what can be regarded as the facsimile of what transpires in the mainstream media.

This development is particularly worrying considering the gross display of lack of respect for the elderly all in the name of partisan politics and democracy. Political talk shows have turned into free-for-all insult competitions. In their over exuberant bid to catch the eyes of their political godfathers and godmothers, the youth, particularly, have thrown the sound moral teachings they receive at home to the dogs and resorted to all forms of vulgar language in the name of democracy. To where are we heading as a nation and as a generation?

This cancer cuts across all political divides. It is now ‘normal’ to hear people--members of opposition parties particularly--perspicuously insulting the President of the Republic of Ghana in the same way members of the party in power don’t miss the opportunity to describe members and leaders of opposition parties in unprintable words. Even if one would not ordinarily respect the president as an individual, the office he occupies should be respected. Unfortunately, our media, both print and electronic, give audience and hype to such insults. In most cases, such unprintable words become news headlines.

Some unfortunately use such insults as jingles which serve as curtain-raisers during political talk shows. How pathetic!!! In effect, the media is encouraging the use of such vulgar and incendiary language that has the tendency of plunging this nation into turmoil. Worse still, the media reads unpalatable text messages sent in by listeners and viewers. What would happen if messages deemed distasteful are not read? But the continuous reading of such messages gives listeners and viewers the impetus to keep sending in such messages.

What these political actors seem to be oblivious of is that such derogatory statements repel rather than attract undecided electorates. I get exasperated anytime I read or hear insults in national discourse irrespective of the part of the divide from which it comes. Are there not leaders in these political parties to call their members to order? Better still, why shield the same members who seek to bring into opprobrium the very party they vehemently support?

It is high time the media blacklisted political parties and their representatives for using insulting language to serve as deterrent to others. Unfortunately, a high percentage of our media is owned by politicians. These politicians when blacklisted by other media houses would still use their own media to unleash such derogatory statements.

This is when the regulator, the National Media Commission, has to crack the whip. Deviant media houses must be made to face the music without fear or favour. If this trend goes on unchecked, we risk destabilizing the relative peace and security we have been enjoying for this while. Political leaders and parties must be bold to distance themselves from utterances that seek to undermine our very existence.