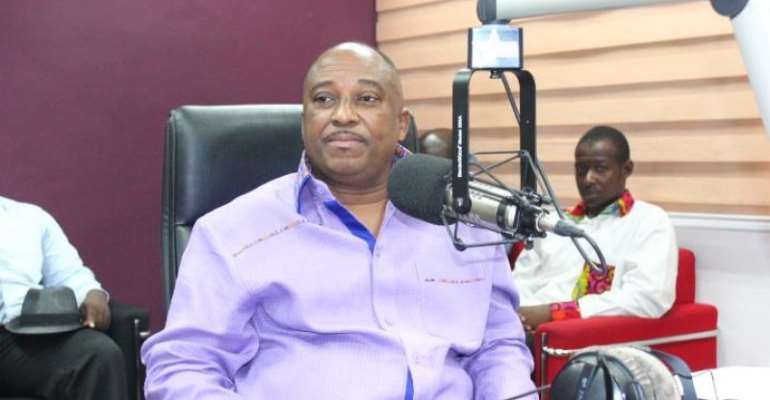 A former deputy Communication Minister under the erstwhile Jerry John Rawlings government, Emmanuel Owuraku Amofa has dismissed rumours that he fell out with the then president over a woman.

Mr. Amofah, founder of the defunct EGLE party, formed an alliance with former President Rawlings’ NDC to win the 1992 elections.

He was appointed a deputy Communications and Tourism minister but later fell out with Rawlings and left the country after he failed to get re-elected into Parliament in the 1996 elections when he lost to flagbearer of the New Patriotic Party Nana Addo Dankwa Akufo-Addo.

But speaking on Starr Chat Wednesday, Mr. Amofah told host Bola Ray that reports that he clashed with Rawlings over Akosua Puni – now married to Black Stars midfielder Michael Essien – is not true.

“I have heard people say that [we fell out] over Akosua Puni and all that, Akosua is my friend but that story is untrue.

“President Rawlings, I have always admired him, he is the one who gave us a break in politics… he was brave enough to befriend the EGLE and he became friends, with him we walked on principles and we left on principles,” Mr. Amofah said.

Profile
Emmanuel Owuraku Amofah was born on February 8, 1956. He is a lawyer and an astute politician.

He was former deputy communication minister under the erstwhile Rawlings government. He also served as a deputy Tourism minister before leaving government. He founded the now defunct EGLE party in 1992.

He was the Member of Parliament for Abuakwa Central between 1992 and 1996. He is the CEO of Parking Tickets Busters in the USA.

He is also the chief executive officer of Nations Diverse credit in Atlanta, USA, and an Attorney at Amofah law firm in Brooklyn, USA.

He is married to a former Miss Ghana. He is also from Kyebi and a relative of the NPP flagbearer Nana Akufo-Addo.