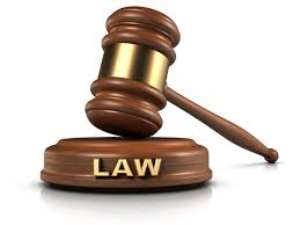 Charles pleaded not guilty and would reappear on June 15.

Inspector J. B Asante told the court presided over by Mrs Abena Oppong Adjin-Doku that victim is a nine year old pupil living with her mother.

She said the accused person is a Burkinabe and Security man.

She said on May 20 at about 10.30am, the accused person, who on duty sent the victim to buy 'Sobolo' for him from her auntie in their house.

She said on her return, the accused person grabbed her to the security post, tied her hands with sponge and forcibly had sexual intercourse with her.

She said after the act, the accused person gave her GHâ‚¡ 1.00 and warned her not to tell anyone.

The prosecution said the victim kept the ordeal to herself and on May 24, when she returned from school, she is feeling feverish, so the mother instructed her sister to bath her.

She said it is in the process that the sister saw blood, when she was urinating.

Inspector Asante said the mother was quickly alerted and when asked she revealed her ordeal to the mother.

A report was made to the Madina Domestic violence and Victims Supported Unit and a medical report was issued for the victim to be sent to the hospital for treatment, while accused person was arrested.