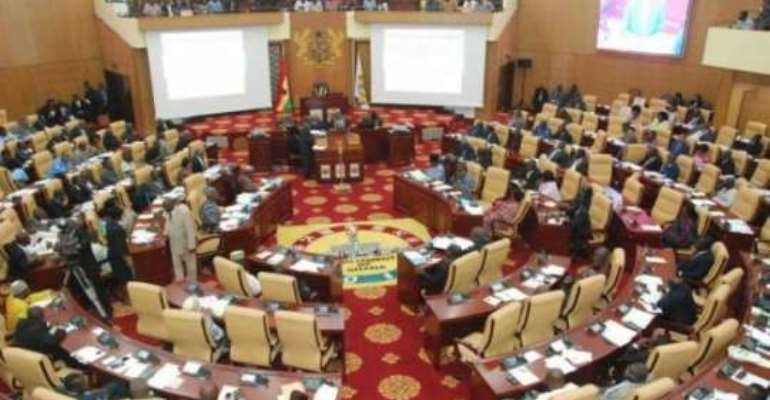 By Ken Sackey/ Benjamin Mensah
Accra, June 08, GNA - Parliament has approved the programme of activities for 2016 for the Ghana National Petroleum Corporation, which has been in contention for some time now.

The approval had been delayed at earlier sittings for lack of clarity and details in expenditure schedules.

Consequently, the approval was given on the condition that the GNPC provided further details on the expenditure of some items listed in their programme of activities for the year.

Among the items are the proposed new head office building, including its location; and financial guarantees for the Karpowership.

Mr Joe Ghartey, the Second Deputy Speaker, who presided over the motion at the sitting ruled: 'Hon. Members, I am directing the GNPC to submit details of these to the House latest by Friday, June 17, 2016.'

He added: 'Additionally, this House serves notice and notice is hereby served on the GNPC that henceforth, the House will demand the approval of their programme of activities before their budget for the ensuing year is approved.'

Some Members, especially, those from the Minority side, had earlier appealed to the Speaker to reject the 2016 programmes and activities of the GNPC because the Corporation had veered off its core mandate and had thus become a lawless institution.

Alhaji Amadu Sorogho, the Chairman of the Mines and Energy Committee, and the MP for Madina, said anything that had to do with development and exploration of oil and gas, which were part of the core mandate of GNPC.

He told the House that the US$ 100 million Karpower guarantee was part of activities approved in 2015.

Mr Isaac Kwame Asiamah, the MP for Atwima-Mponua, contributing to the debate, wondered why the GNPC gave US$ 50 million to the Government without stating what the money was meant for.

That aside, he said, another US$47million belonging to the Corporation had been locked up with the Universal Merchant Bank (UMB) without any explanation to the House, stressing that 'GNPC is becoming a monster.'

Dr. Stephen Nana Ato Arthur, the MP for Komenda/Edina/Eguafo/Abirem, discussing the matter, called for further explanation on a proposed new office building for the GNPC estimated at GH¢ 115.42 million.

He said the GNPC in 2013 spent about a million dollars on the design of the new office building but had since failed to complete the project.

Mr Edward Doe Adjaho, the Speaker, who presided over the debate last week, after listening to the concerns of the Members, suspended voting on the matter until they had a quorum to do so.