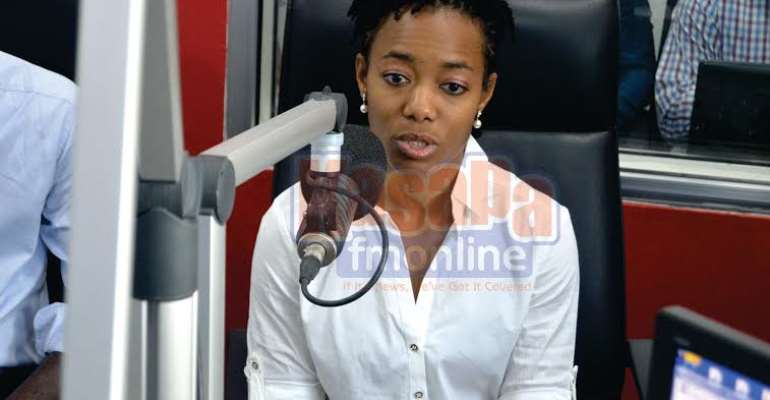 By Maame Agyeiwaa Agyei
([email protected])
It seems the legal battle in the Klottey Korley Constituency may not end anytime soon, as the lawyer for the incumbent Member of Parliament (MP), Nii Armah Ashitey, has filed a fresh application for a review of the ruling of the Supreme Court, which was delivered a fortnight ago.

The application is seeking for a judicial review of the Supreme Court's ruling which ordered a stay of proceedings of the case between him and Dr. Zenator Agyemang Rawlings pending at the High Court, as they interpret Act 94(1) (A).

The embattled MP, who was unhappy with the outcome of his party's parliamentary primary, proceeded to the High Court to challenge the eligibility of the National Democratic Congress (NDC) elected parliamentary nominee for the constituency, Dr. Zanetor Agyemang-Rawlings.

The highest court of the land, in its ruling, asked the High Court, presided over by Justice Kwaku T. Ackah Boafo, to hold on proceedings until the matter brought before it was determined.

This did not go down well with lawyers for the embattled MP, led by Gary Nimako, who said they hold a different view on the ruling of the five-member Supreme Court panel of the 19th of May 2016, hence their decision to seek a review.

The Supreme Court panel, presided over by Justice William Atuguba, gave the defense lawyers up to Friday to file their responses. The Chief Justice is expected to reconstitute a new panel, thereafter. Sitting is adjourned to June 15, 2016.

According to her, the trial judge erred in law, when he wrongfully assumed jurisdictional role to interpret Article 94 (1) (a) of the 1992 Constitution.

Her lawyer, Godwin Tamaklo, opposed that the function of the interpretation of the Constitution was done by the Supreme Court, and not the High Court, in the matter at stake.

The trial judge had ruled that since Dr Zenator had put herself up, she was entangled in the web of Article 94 (1) (a), which stipulates that she should be a registered voter before participating in the last November parliamentary primaries. Counsel was of the view that the said ruling be brought before the SC for same to be quashed.

Nii Armah Ashitey's stance
The incumbent Member of Parliament, who lost to Dr Rawlings during the primary, proceeded to the SC challenging his defeat in the November 11, 2015 election, citing some constitutional breaches.

He contended that Dr. Zanetor Rawlings did not qualify to be elected as the parliamentary nominee, since, at the time of the contest, she was not a registered voter in the country, something he described as a constitutional breach.

Mr Gary Nimako Marfo, lawyer for Nii Armah Ashitey, argued that at the time of contesting the primary, Dr Zenator Rawlings was not a registered voter.